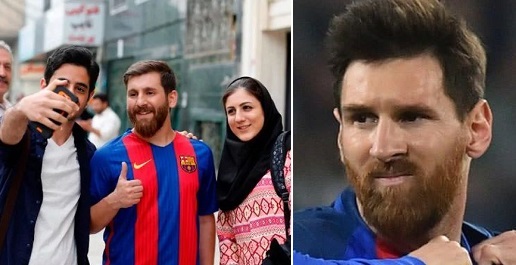 A student, an Iranian, Reza Parastesh, had to be taken to a police station over the weekend because he looks so much like Lionel Messi.

Apparently, a chaos broke out after a Lionel Messi’s Lookalike was spotted by some Iranian Student and many rushed to take selfies with him. The police had to rush him into a station and impounded his car to stop the chaos and clear traffic.

The resemblance is so uncanny that Eurosport UK reportedly used his photo by accident on Twitter recently when talking about the real Messi.

See some photos below: