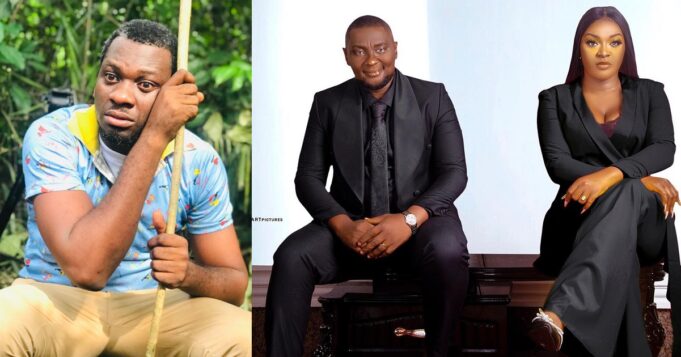 Nollywood actor, Prince Owelle has taken to social media to complain bitterly after his colleague, actress Chacha Eke, announced her split from her husband, Austin Faani.

Netizens woke up to a post from Chacha Eke on Tuesday morning, June 28, where she stated that she was done pretending and was done with the marriage.

This is not the first time the actress is coming out to announce the dissolution of her marriage. In October 2020, she shared a video announcing the end of her marriage on grounds of domestic violence.

However, she came out days later to state that she didn’t mean it and was suffering from Bipolar disorder due to her pregnancy.

In a surprising turn of events, Chacha Eke took to her social media page today to announce the end of their marriage while stating that she’s done living a lie. Read here

Reacting to the development, actor Prince Owelle has revealed that he’s dejected by their separation as he saw their union as the ideal marriage.

“And they are my role models in terms of marriage.. I love their union so much dat am looking up to be like them.. Now what do I do?”