Ruggedman and some officers of the Nigerian Police have been going at it for a while now.

The rapper has now responded to Police PRO, Dolapo Badmus who called him out for his earlier post.

After Ruggedman’s scathing criticism of the Assistant Commissioner of Police Yomi Shogunle for alleging he dumped the #EndSARS campaign, SP Dolapo made no secret of her displeasure over his decision to tag her in the post, considering he’d stopped doing that for some time now.

But in a quick response, Ruggedybaba reiterated his love and respect for the charismatic police spokeswoman, saying they remain partners in the campaign to rid the police of bad eggs and keep Nigerians safe.

“Officer @opetodolapo if you know how much i love and respect you, you will never think I will bring any negativity towards you.

“You are a no nonsense taking person just like I am and that’s also one of the things I like about you.
Just like you won’t take what is not right, I won’t too.
Just like you speak up, I do too.

“I admit I was harsh on officer Shogunle, but I had every right to cos it was out of anger. Which I have made amends and I am here to do same with this, because I believe we are on the same side. You do not use anyones name, brand and image without permission.

“Especially if it is passing a message that is deemed wrong by the owner.

“We want the brutality and wrong doings to end, be it #endsars #reformsars #reformNigerianPolice#eatwithsars or #entertainmentmeetsecurity .

“The end to innocent Nigerians suffering at the hands of bad officers is what we are clamouring for.

“For officers to respect citizens rights and vice versa is what we want.

“So that naija can be a place we all move freely, except for criminals.

“We are supposed to run to officers for help and not run away when we see them.

“Let’s all play our parts to help Nigeria get better.

Accept my apology for anything I did to upset You, you remain my super cop and I miss our friendship.
PS
My dinner invitation still stands”

We are eagerly waiting for the PRO Dolapo’s response. 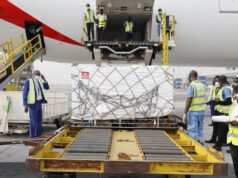 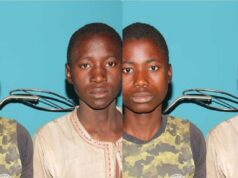