Bobrisky, popular Nigerian cross dresser and a big fan of Erica has taken to Instagram to slam car dealer, Chidi who promised to gift the house mate a car and two million naira, but failed to fulfill his promise. 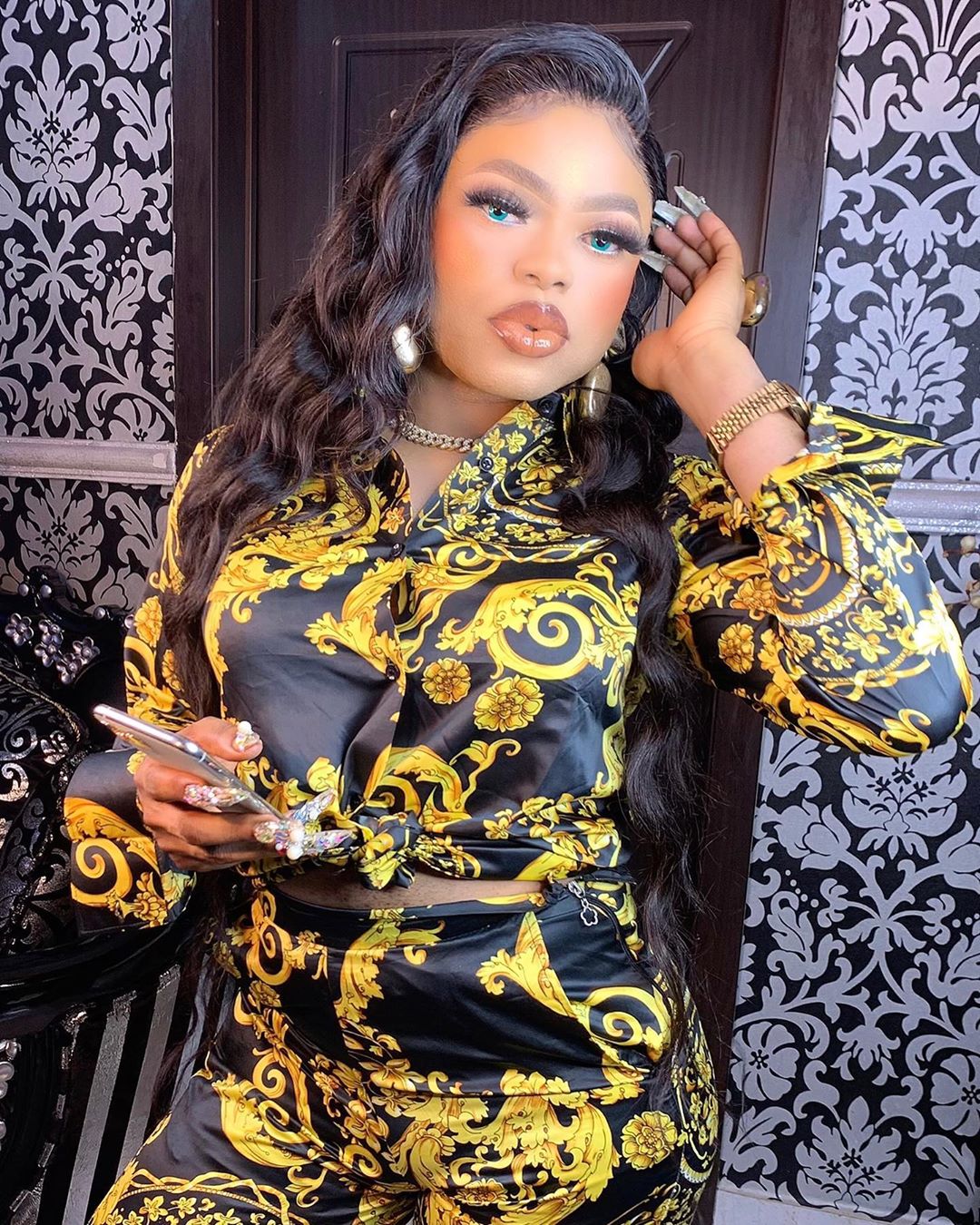 Earlier this morning, the management of former BBNaija housemate, Erica Nweledim have called out one Mr. Chidi Mike, the man who promised her N2million and a car. 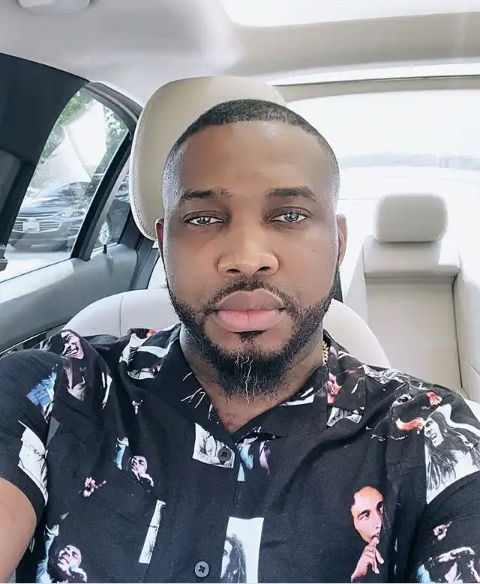 Mike Premium, who identified himself as a talent manager, took to his social media page to reveal that Chidi hasn’t fulfilled his promise to her.

Reacting to this, Bobrisky a die-hard Erica fan has now taken to social media to blast the car dealer, urging him to stop clout chasing.

“Listen to me. If you are broke, don’t make empty promises. The truth is you can’t come out and promise Erica money and after three weeks you haven’t sent Erica the money. Stop clouts chasing”. 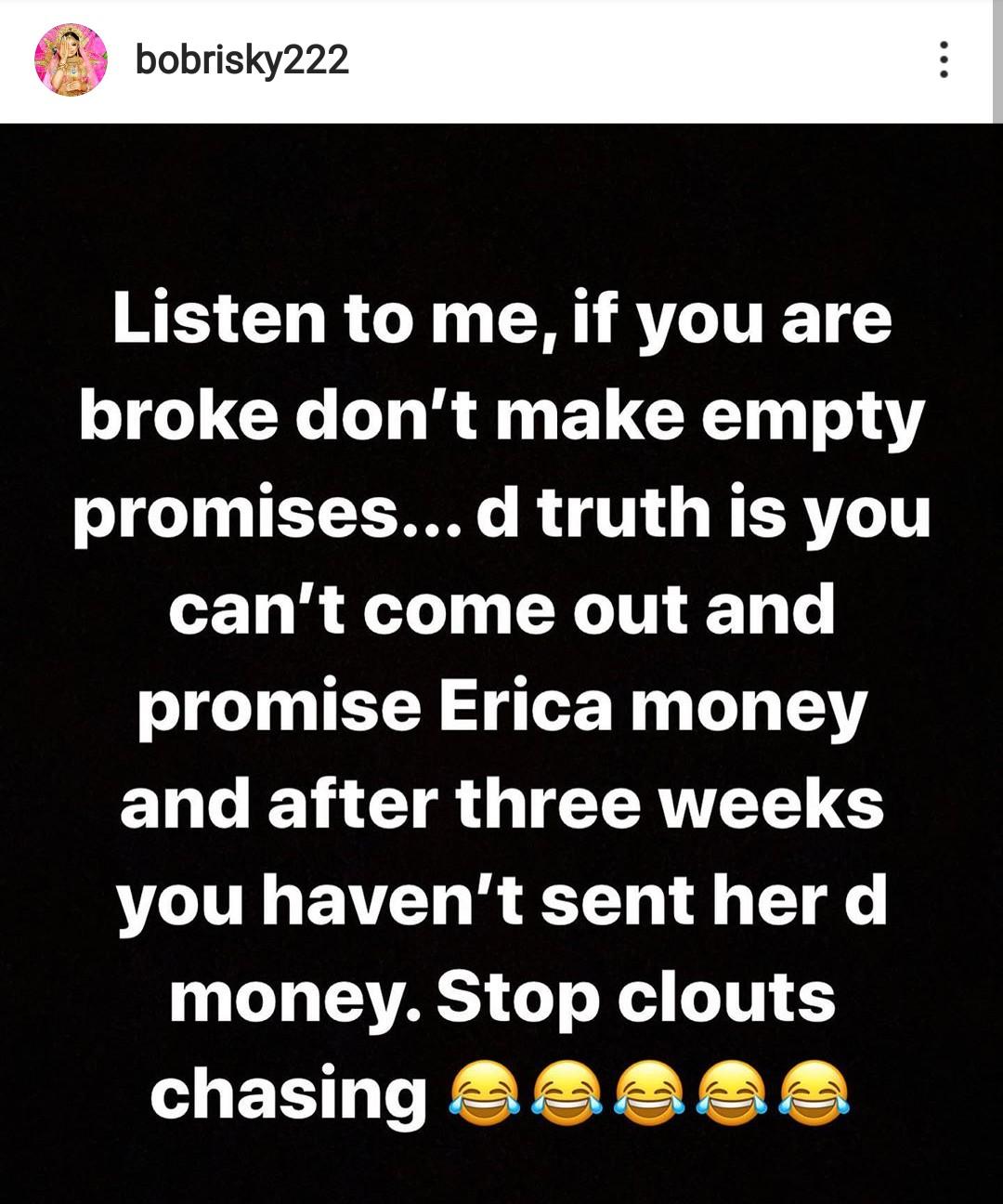 Recall that after Erica’s disqualification on September 6th, Chidi an Instagram car dealer promised her a car and two million Naira

According to him although the actress was disqualified she was still his winner.

Sharing a photo of the car he intends to gift Erica alongside her picture, he wrote,

“disqualified or not ur still my winner @ericanlewedim 2 million cash 💰 money waiting for u”. 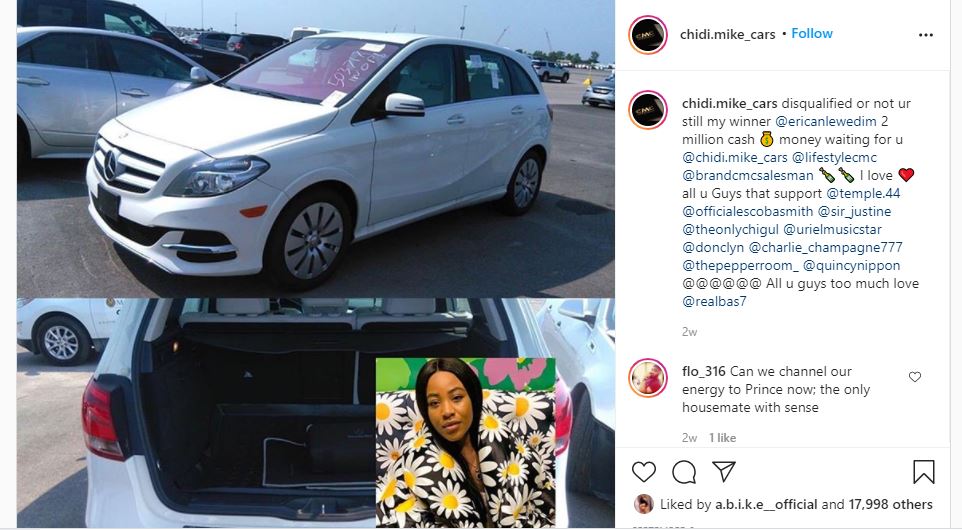