The Phoenix Project powered by Access Bank is an initiative created to empower the next generation of creatives by bridging the gap between the knowledge they need and the opportunities required to succeed.

Launched in April 2022 by Accelerate, the Phoenix Project is structured into the beginner’s, intermediate, and advanced levels. While the beginner’s level is free, the intermediate and advanced levels are paid for but have been heavily subsidized by Access Bank to empower the creative sector, an effort designed to complement the government’s efforts to empower youths and create jobs, particularly in the creative and entertainment industries.

The knowledge areas are grouped into three bundles, namely; Film and Production, Business of Entertainment, and Social Media for Business, and they are built across the project’s beginner, intermediate, and advanced levels. The Phoenix Project has brought together an impactful ensemble of industry leaders to facilitate the programs featured in each bundle.

Let’s meet the facilitators of the Phoenix Project.

Kemi “Lala” Akindoju is an award-winning Nigerian actor, theatre teacher, casting director, and producer. She started her acting career in 2005 doing stage performances before venturing into feature films. Kemi, fondly called “Lala,” was one of the actresses chosen to perform at the Theatre Royale Stratford East as part of the Cultural Olympiad during the London 2012 Olympics. She is a part of the Lufodo Academy of Performing Arts (LAPA) faculty, where she facilitates and teaches improvisation drama. Kemi has starred in movies like The CEO, Fifty, Suru L’ere, Òlòtūré, Potato Potahto, and The Smart Money Woman among others. Kemi Akindoju will be facilitating (insert course) on the Phoenix Project.

Paul Okeugo is a Nigerian entrepreneur and co-founder of one of Africa’s most recognized entertainment brands, Chocolate City. He is a public speaker, and record label executive with experience in sales and marketing. Paul is a thought leader in Nigeria’s entertainment industry and is bringing his wealth of experience to teach the Business side of Entertainment at the Phoenix Project.

Enioluwa Adeoluwa, also known as ‘Lipgloss Boy’, is a Nigerian writer, beauty/brand influencer, and content creator. He is a public speaker and media/communications specialist, who successfully grew his followers from zero to 613k followers on Instagram, making him one of the most followed Nigerian youths on social media. He is the first Crocs brand ambassador in Nigeria. Enioluwa will be facilitating “Becoming an Influencer” on the Phoenix Project.

Dapo Osaji is an accomplished Creative Director with a track record in the garment and fashion industries. Textiles, Fashion Design, Style, and Wardrobe Consulting are some of his areas of expertise. With a degree in Psychology from the University of Lagos, he has a solid understanding of people, trend marketing, and human resource management. Dapo Osaji will be facilitating “Business of Fashion” on the Phoenix Project.

Amaka Agbakoba-Onyejianya is a Sports and Entertainment lawyer and a regulatory and compliance expert. She self-identifies as a ‘lawyerpreneur’ and advises a wide range of clientele, including techies, filmmakers, real estate, entrepreneurs, small businesses, sports clubs, and sports groups, among others. Amaka Agbakoba will be facilitating “Entertainment Law” on the Phoenix Project.

(Photo tagged with the course they are facilitating)
Adetoke Oluwo is Screenwriter, and Content Creator. Adetoke is the Creative Director at The SGTC Brand. She has successfully grown The SGTC Brand from scratch; a testament that her entrepreneurial skills and devotion to becoming successful are unrivalled. She will be facilitating “Social Media For Business” on the Pheonix Project.

Isaac Geralds is a singer and songwriter who has worked with several Nigerian and foreign A-List artists such as Tiwa Savage, MI, Simi, Falz and many more. He was a contestant at the 2011 Project Fame West Africa and has since gone on to establish himself as a voice and force to reckon with as far as the business of singing and songwriting is concerned. Isaac will be facilitating “introduction to Songwriting” on the Phoenix Project.

Omaga Idrigbe is an experienced Creative Director with a demonstrated history of working in the marketing and advertising industry. He is skilled in Branding, Identity design, Advertising and Marketing. He is a strong marketing professional with many successful campaigns for both local and international brands. Omaga will be facilitating “Graphic Design” on the Phoenix Project.

Abba T. Makama is an award-winning filmmaker and the Founder/Creative Director of OSIRIS. His feature film, Green White Green, has screened at over 17 international film festivals and won Best Nigerian Film at AFRIFF 2016. Abba has a degree in Business Management from the State University of New York, Fredonia, and studied film at New York University. He will be facilitating “Introduction to Film” on the Phoenix Project.

Xavier Ighorodje is an award-winning Screenwriter, Director, Content Creator and Producer. He is the screenwriter of the documentary short – A Will of Iron, which won a Sundance award for short documentary in 2014, sponsored by the Bill and Melinda Gates Foundation. Some of his writing credits include MNET Africa Magic Showcase’s Jamestown, The Retreat, Hush, Jemeji, Battleground and Ajoche. Xavier will be facilitating “Script Writing” on the Phoenix Project.

Ummeeta Rabiu is an award-winning entrepreneur, blogger and vlogger, who has had many public speaking opportunities on the importance of being financially independent. She was awarded the Entrepreneur of the month on 30 under 30 for Swish Nigeria awards in 2019. Ummeeta has also been enlisted on Farin Wata TV as one of the Top 10 Most Influential Young Muslim Women of Nigeria. She will be facilitating “Business of Vlogging” on the Phoenix Project.

With this robust arsenal of seasoned professionals, the Phoenix Project, beyond any reasonable doubt, is your ticket to finding your expression in an ever-evolving world of creativity. Here, you can hone your skills, unleash the creativity in you and be just as successful as the person you so much admired.

The beginner level (virtual classes) as well as the intermediate and advanced levels (physical classes) have commenced in earnest. Take that bold step today and join this extraordinary learning platform by registering HERE. 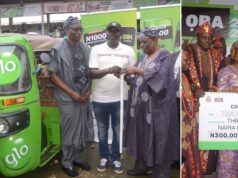 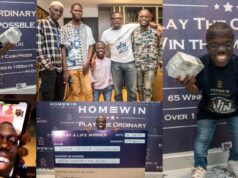 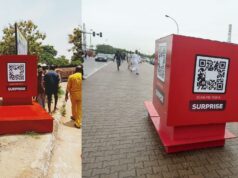 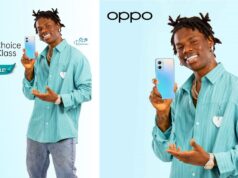 The OPPO A96 Phone is Now Available: Truly A Perfect Choice for the A-Class. 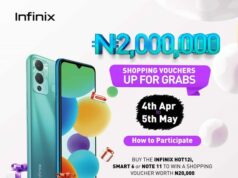 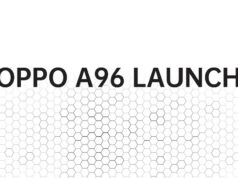 OPPO A96: A Perfect Choice for the A Class to be Unveiled Today – Here’s What to Expect