Home Entertainment News “Till death do us part does not mean that you stay on...

Popular Nigerian columnist, Betty Irabor has enlightened women on the need to leave an abusive relationship, before it’s too late.

The founder of Genevieve magazine, who has been married to her husband for 37years, in an open letter noted that women in abusive relationships are by far better off alone and alive to tend their children, than leaving them for a step mother or family whose love interest may not include the children.

Betty urged victims of abusive relationships to not allow third parties talk them into staying, with glaring dangers ahead.

1. Marriage is not a Do or Die affair, especially when you’re the one who is likely to DIE from abuse or end up in psychiatric home as a living dead.

2. FOR BETTER FOR WORSE doesn’t mean you should romanticize suffer head especially when you’re being used as a beast of burden or punch bag which triggers mental and psychological trauma.

3. “Till death do us part” does not mean that you stay on till you die and are carried out in a coffin because you are staying for your children and because “GOD hates divorce.” Is it God’s will for you to be brutalized and sent to a premature death without fulfilling His purpose in your life?

4. “In sickness and in health”…doesn’t mean you should stay married to a sicko (psycho). Protect you own health.

5. Do not allow third parties talk you into staying when you alone know the danger ahead. Leave while your legs can carry you…

6. You’re by far better off alone & alive to tend your children than leave them for a step mother or family whose love interest MAY not include your children…

7. Please, please, we understand you’re afraid of starting all over; but stop sabotaging every effort made by Domestic Violence activists to rehabilitate you after you have reached out for help.

Stop running back to the vomit..

No! Half a loaf ( manage marriage) is not better than none. Don’t let society and peer pressure rush you.

Your life is gold. You’re a precious diamond. If you can’t see that no one else will…

Me and my boo living our best life nearly 37 years on? His Grace has been upon us…but we also play our own roles”. 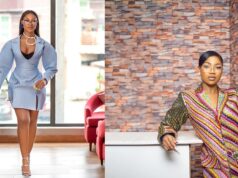 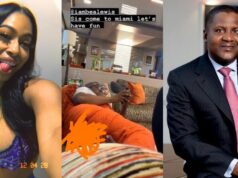 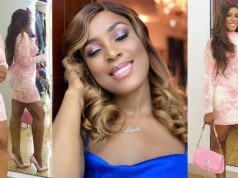 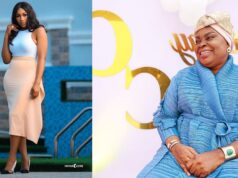 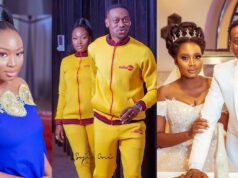 “I don’t care” – Linda Ikeji tells a follower who mocked her over “visible...