Home Entertainment News I’m tired of being independent, I want to get married before 38... 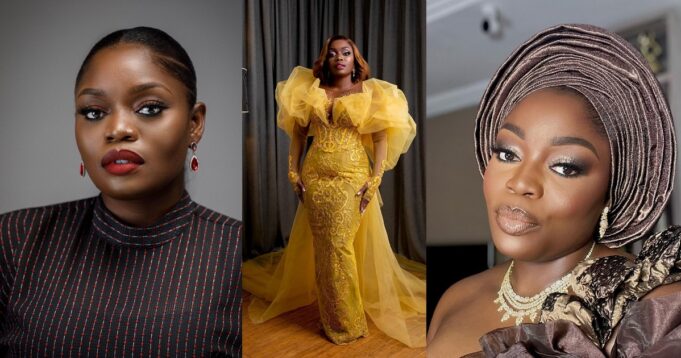 Popular Nollywood actress and reality TV star, Bisola Aiyeola, has said she’s tired of being independent and needs a man in her life.

The single mother of one stated this during a Blackbox Roundtable conversation with media personality, Ebuka Obi-Uchendu.

When asked about her take on marriage, the 36-year-old actress said she’s tired of doing life alone and wants to be married and have another child before she turns 38.

“Baby please find me, I’m single and tired of being Independent I want to be dependent. I’ve been independent since I was 17years. I’m 36 now I want to be married so I can give birth to another child before 38 oh.”

A while ago, Bisola Aiyeola dragged social media critic, Reno Omokri after he said he has no sympathy for single mothers.

Reno had tweeted: ‘Except she was raped, or widowed, I have zero sympathy for single mothers. The Black world faces a baby mama epidemic. We must not encourage it, or make celebrities out of bleached, surgically enhanced Jezebels who are unashamed of their whoredom!”

Bisola, who is a proud single mother of one, was not going to take his ‘demeaning’ comments lightly, and she replied ;

Sir, you are just giving yourself headache. Single mother’s gan no rate you. Saint Reno