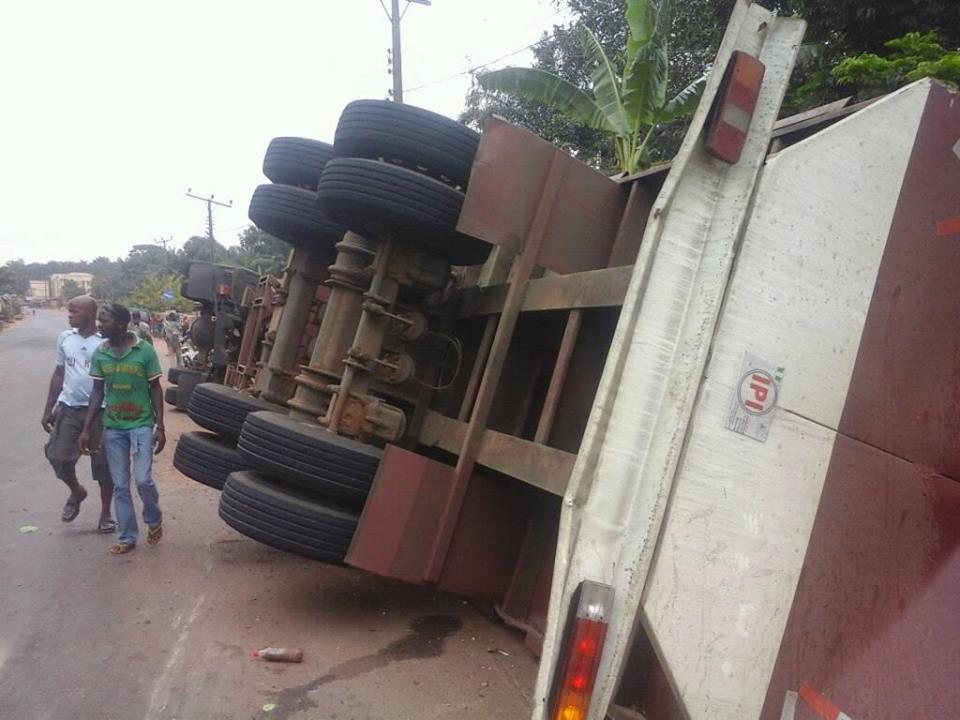 A female student of Community Secondary School, Adazi-Ani in Anaocha Local Government Area of Anambra State who was sent out of school for not paying school fees was on Monday crushed to death by a truck.

The truck said to belong to a soft drink company was said to have lost control as a result of its brake failure.

An eyewitness, Mr. Abuchi Okwara, told Punch that the JSS2 student whose name was given as Chinyere was sent out of the school by the school’s authorities over non-payment of school fees.

“They were three that were sent out of the school for not paying school fees. But Chinyere was the one that was killed by the truck”.

The incident took place at about 9 O’Clock near that bus-stop”. It was while they were heading home to get money which they were instructed to pay in the bank that she was killed while others escaped by the whiskers.

The vehicle cut off her head.

When contacted on the telephone, the Police Public Relations Officer in the state, Mrs Nkeiru Nwode said “our men are on ground there now and they know what to do”.