Home Entertainment News “I’m trying to be the best I can, I don’t make music... 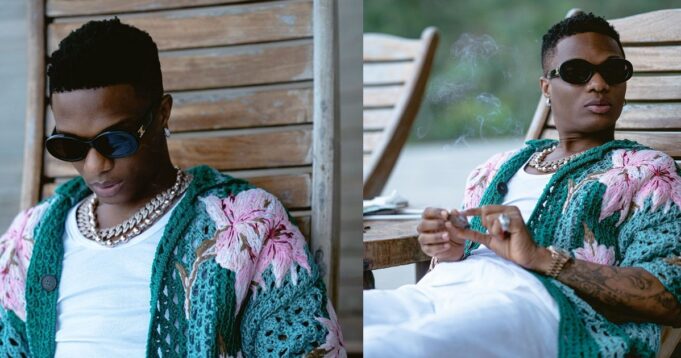 Grammy award winner, Ayodeji Balogun, popularly known as Wizkid, has spoken about his sound and the efforts he makes to continually be the best version of himself.

In a recent radio interview, the Nigerian superstar singer said he puts so much effort into his craft to continually break new territories.

He says that because he constantly feels like a new artist, he strives to improve himself on a daily basis.

He added that he’s not making music for people to accept him or like his sound; he’s just making his music, catching his real vibes and not diluting his sound.

“Everyday I feel like a brand new artiste. I’m hungry for this like, am tryna be the best Wizkid that I can. So its like, uh, like I don’t feel like its new. Oh am in a new territory so I have to do this.

“To be loved or for people to Like my sound or u know I have to do this for people to fuck with me…Like Nah!!! Am just really making my music and still catching my real vibes, not trying to dilute the sound”, he said.

Meanwhile, legendary Nigerian singer, Innocent Idibia, professionally known as 2Baba, has described superstar singer, Wizkid, as one of the legends of this generation.

2Baba stated this during an interview, while noting that Wizkid is deserving of the legendary title unlike many other acts who are called legends.

He added that Wizkid is very sound lyrically but he chooses to release the type of songs that appeal to the young audience of today.