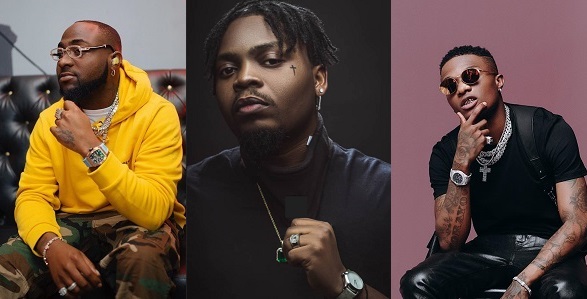 Prominent Nigerian rapper, Olamide was poised with a task by one of his followers to be the one who joins his colleagues, music rivals, Davido and Wizkid in a music track as they have never had a collaborative track before.

A fan of the rapper, after seeing the track listing to singer, Davido’s 4th studio album, set to be released on Friday, 13th November, 2020, shared that he though Olamide will be featured in the album too.

Responding to his tweet, the rapper then assured the follower that there is soon to be a track featuring himself and the DMW executive.

Upon seeing his tweet, another follower of his then asked if he could be the bridge to putting Davido and his counterpart, Wizkid on a song together.

Olamide, reacting to this, then said both artistes “have choko in their head” somewhat ruling out the possibility of that happening but said both of them are actually amazing beings.