Home Entertainment News Two queens allegedly dump Alaafin of Oyo after he locked up one...

Two queens of Oba Lamidin Adeyemi III, the Alaafin of Oyo have allegedly left the palace for Lagos after the king locked up one in a cell. 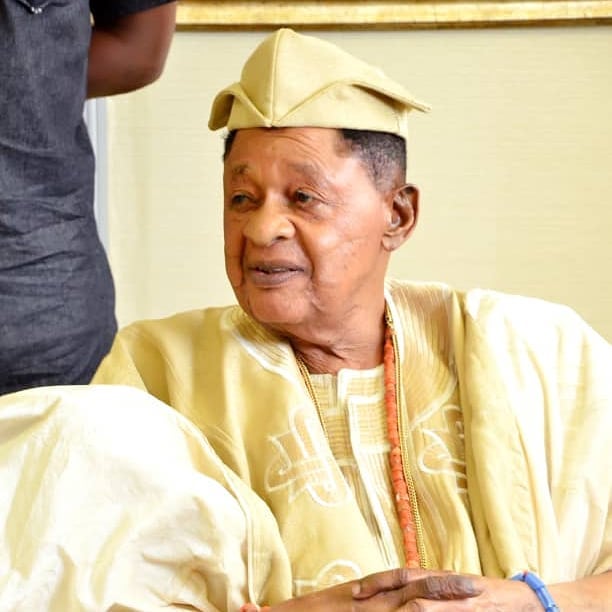 According to reports by Instagram blogger, Gistlovers blog, the queens fled the palace because they were tired of being mistreated by the king. 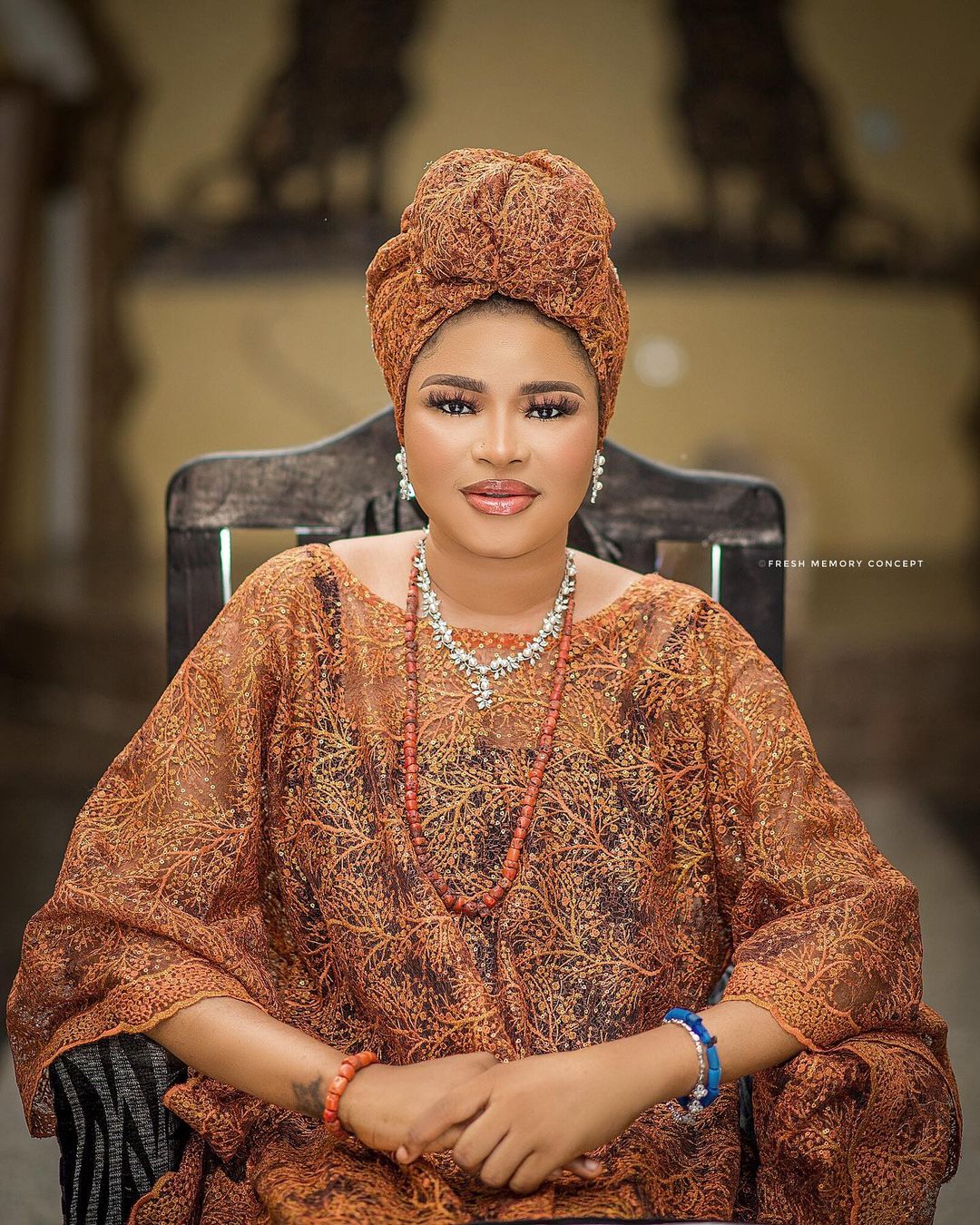 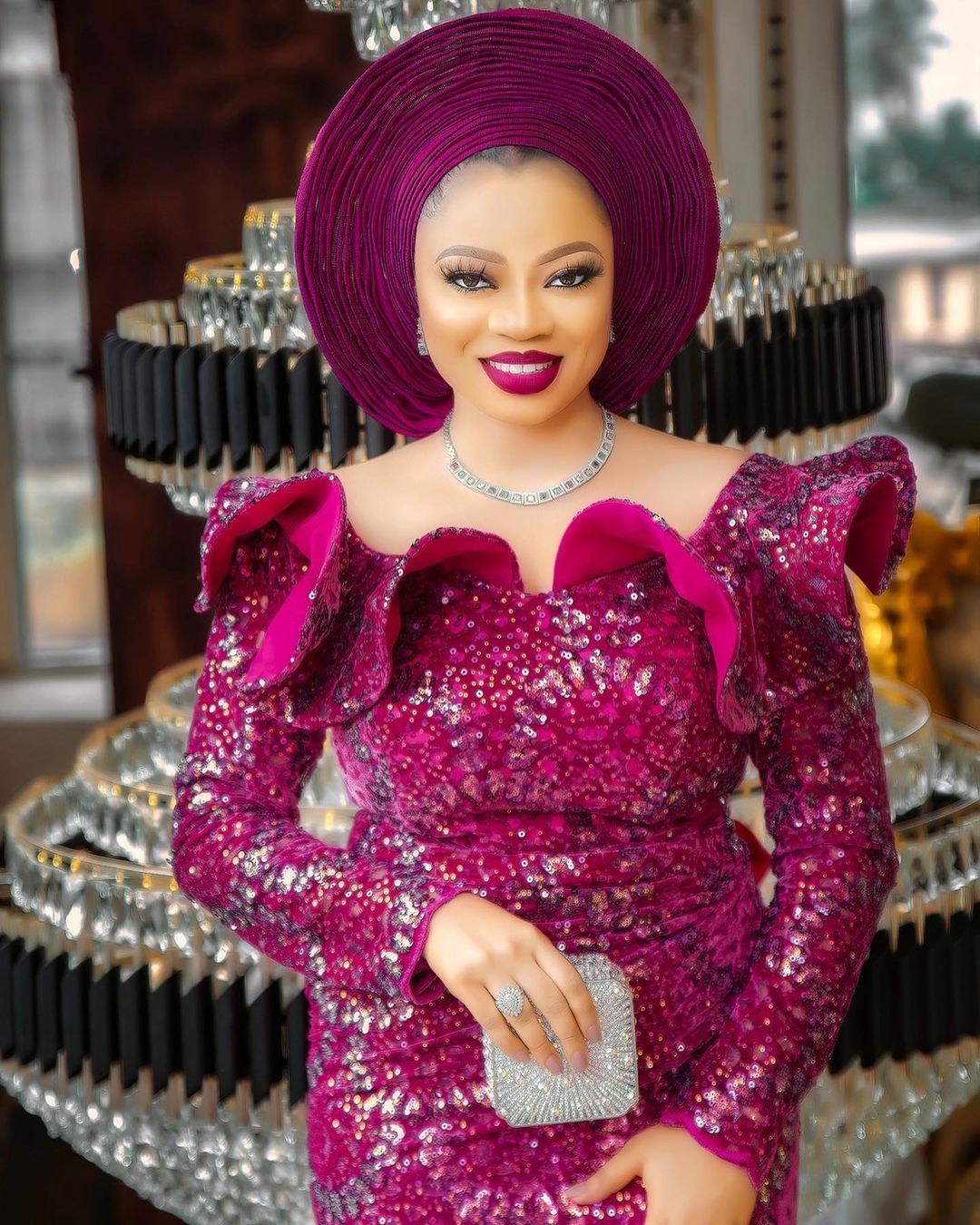 One of the queens was allegedly locked up in the palace cell for a week for flouting one of the palace rules and her properties were seized.

Read the full details below,

“Unrest in the palace: Oyo kingdom just lost two queens to the streets of Lagos state, these two queens left Oyo yesterday and got to Lagos around 2am(midnight) according to them they are tired of the palace and how the king is treating them.

They want to follow Queen Ola footsteps seeing that she is cashing out in Lagos, according to our source Queen Dami was locked up in the palace prison for like a week as she was said to have gone against one of the palace rule, all her belongings were seized from her ,after she was released, she took few of her cloth and fiam to Lagos, together with another Queen, Queen Anu, if all the Queen dey run comot for palace, who go come remain, make all these queens stay one place o. I come in peace.” 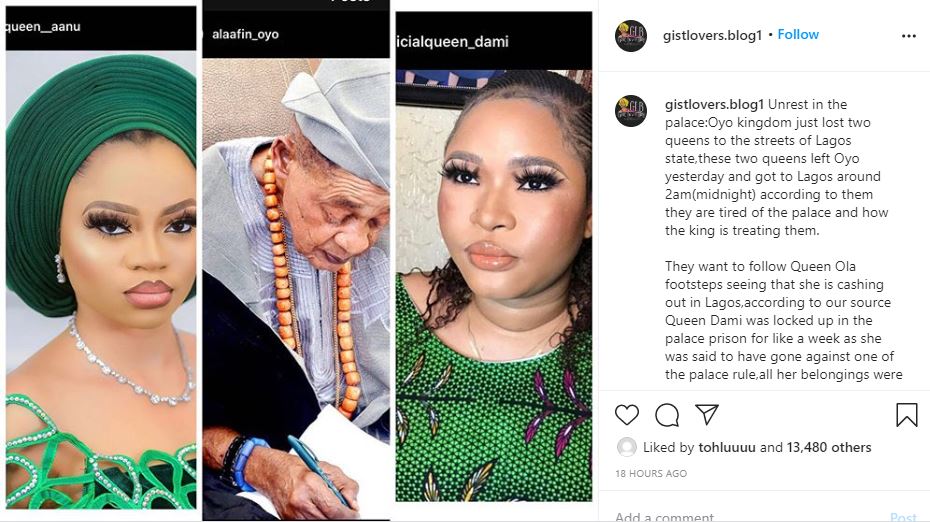