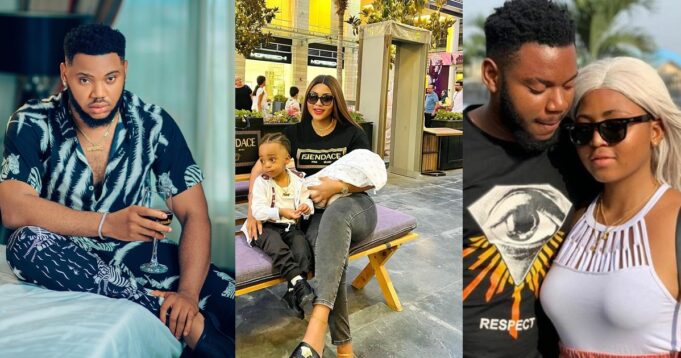 Billionaire wife, Regina Daniels’ ex-boyfriend, Somadina Adinma, has stirred reactions after he left a comment on recent photos of the actress with her two sons.

A few weeks back, the Nollywood actress welcomed her second child, a baby boy, with her politician husband, Ned Nwoko.

Regina, who welcomed her baby in Jordan, then took to her Instagram page to share adorable photos with her son Munir and his baby brother.

The adorable mother-son photos stirred sweet reactions from netizens, including Regina’s ex-lover Somadina, who took to the comments to hail her.

See some comments as you scroll,

In other news, teenage sensation, Emmanuella Samuel has debunked speculations that billionaire Ned Nwoko proposed marriage to her.

Unscrupulous rumors about the Delta-born politician meeting the 12-year-old’s parents in order to get a marriage list went viral and subsequently stirred reactions among netizens.

A fan had also taken to the comment section on Emmanuella’s page to draw her attention to the while urging her not to take such a step if it was true. She further advised her not to ruin her future by embracing a union as such.

Replying, the skit maker dismissed the claim as a false report.