Nigerian superstar, Wizkid literally broke the internet with his FEVER video, shared on his YouTube page about a day ago and he has taken to his social media page to celebrate.

Wizkid’s FEVER video achieved the feat of reaching a million views in not more than 24 hours after its release on YouTube.

The singer, sharing a screenshot showing that he has a million views in 20 hours, wrote alongside it, “Wicked“

It’s no doubt that the PR stunt put into the video is what made it achieve this feat but really it’s quite fascinating that he is able to pull it off and set a record… isn’t that the point? to set a record?

Indeed, we need to give the singer and his team a round of applause for this… it’s quite a controversy. 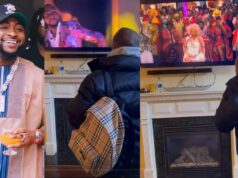