Home Viral Woman who ‘aborted’ her pregnancy months ago and has been getting her... 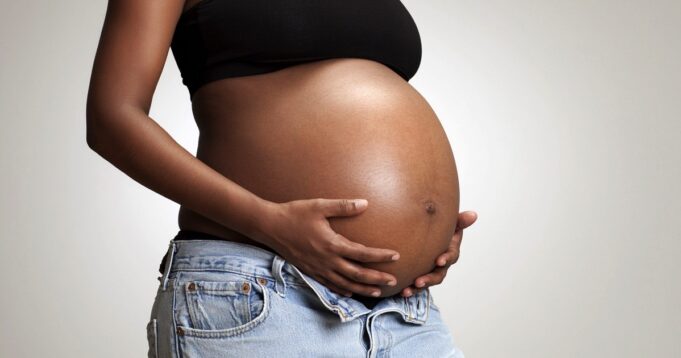 A woman who terminated her pregnancy some months ago has recently discovered that she’s still very much pregnant and expected to welcome a baby in a few weeks.

The woman, identified as @BubblesNgwenya, took to Twitter to reveal that in January 2022 she went to a hospital to get an abortion when she found out she was pregnant and was given abortion pills to terminate the pregnancy.

After the ‘abortion’, she said she was getting her monthly cycle regularly and didn’t see any need to return to the hospital to confirm if the abortion was successful, until recently when she started feeling something kicking in her belly, which she assumed was gas.

When she went to see a doctor on July 23, 2022, she was told that she’s presently 8 months pregnant and her estimated due date is August 7.

Her revelation has sparked different reactions on social media with netizens wanting to know more about the ‘miracle’ baby who survived the termination attempt.

One Twitter user asked if it’s possible she was carrying twins and only one was aborted in January, but the lady said it’s just one baby.

In other news, a heartbroken Nigerian lady has narrated how she lost an admirer, who she was also in love with, to her best friend.

The lady simply identified as Ugochi, who shared the heartbreaking incident on Twitter, said she was in love with the young man who tried all he could to get her attention. However, rather than letting him know how she felt, she opened up to her best friend, who, unknown to her, was also interested in the same man.

According to her, her best friend advised her to ignore the man because he’s too proud.

She said it was to her utmost shock when she returned from vacation to see that the said man and the best friend who had advised her against dating him were now an item.