Home Viral Woman celebrates her husband who patiently waited for her in the friendzone... 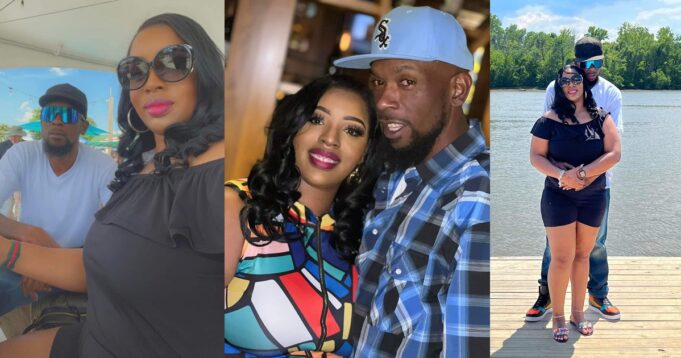 A lady has taken to her Facebook page to celebrate her husband who according to her, “sat patiently in the friend zone for 25 years.”

The businesswoman, identified as Roneisha Nene Johnson shared photos of herself and her husband to celebrate their one year anniversary.

For her caption, she writes,

“To the man who sat patiently in the friend zone for over 25 years waiting for me to see that he was the one I was looking for all along. The man that redefined love and true happiness for me and I could not love him more. Happy 1 year anniversary babe.”

Her post has gone viral, with many sharing their thoughts on the couple.

See more of their photos as you scroll,

In other news, a 28-year-old Rhode Island State Senator, Tiara Mack, has responded after she came under fire for twerking in her bikini and sharing the video on TikTok.

The Democratic Senator shared a video of herself twerking upside down in a bikini, on the beach on US Independence Day, July 4.

At the end of the video, she the proceeded to say, “vote Senator Mack.”

The caption of her video read, “a promised senator thirst trap at Block Island.”

After it went online, her video instigated heavy criticisms, most of which she responded to a day later.

Watch the video and read her response here