Home Viral “Yahoo boy or working class?” – Watch these ladies give reasons why... 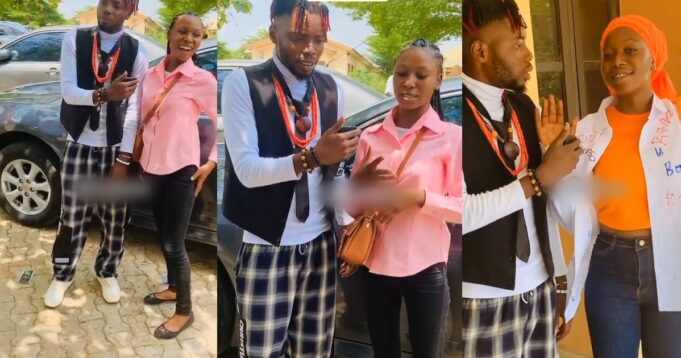 Two ladies were posed with the question of preference between a Yahoo boy and a working class man and the response they gave comes as a surprise to many given the fact that they weren’t even trying to hide their choice of an internet fraudster.

A content creator asked the ladies which they would choose between a Yahoo boy and Working class man and after they chose the former, they were asked what their reason was for choosing an internet fraudster.

One of the ladies is heard responding in Yoruba, saying “Aye je dun iya lo” which loosely means “it’s better to enjoy life than to suffer” — the lady went on to say that dating a Yahoo boy means being spoiled more than a working class guy.

The other lady who was asked the same question, tried to tweak it by saying she’d choose a “working class Yahoo guy” but when she was pressed to choose one specifically between the two, she chose the fraudster.