Home Entertainment News Yul Edochie’s brother, Linc, reacts after he was accused of mistreating the... 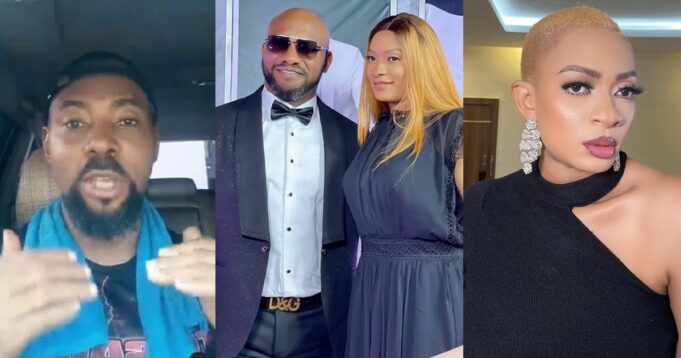 Nollywood actor, Yul Edochie’s brother, Linc Edochie, has reacted after he was accused of unfollowing and not showing support for his brother’s first wife, May.

Yul Edochie, who has been married for 17 years to his first wife, May, unveiled colleague Judy Austin as his second wife in April. Although at the time, his brother, Uche, said their family was not in support of the union.

In an Instagram post, Uche claimed Yul’s marriage to actress Judy Austin was not supported by the Edochie family, who counseled him against going ahead with the marriage, but he refused.

However, Yul Edochie’s brother, Linc, came under fire from online-in-laws after he left a comment on the actor’s latest Instagram post where he hailed him for his doggedness and hard work.

In response, Linc debunked the claim that he unfollowed his sister-in-law on Instagram and slammed his critics for basing their judgment on internet reports rather than real confirmation of the truth.

“Please verify before attacking me. I didn’t unfollow anybody. According to late Tupac Shakur, don’t judge me if you don’t know me…Abusing my family over what you know nothing about except reported speeches online makes me laugh in Swahili. I won’t trade words with you. Have a blessed day.” He wrote.