Home News “Nobody is doing anything about many assassinations in Nigeria” – Iniubong Umoren’s... 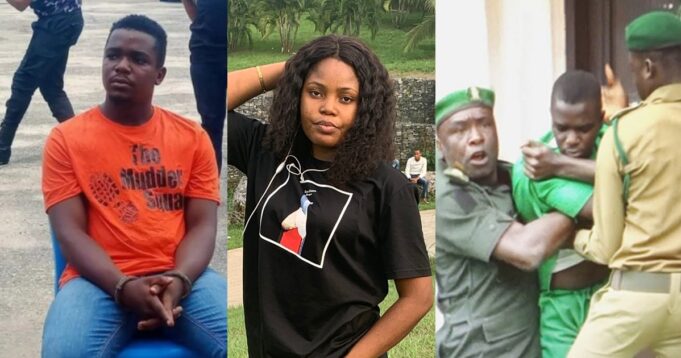 Uduak Frank Akpan, the convicted killer of jobseeker, Iniubong Umoren, has said that nothing is being done about many murders in the country.

Recall that on Thursday, August 4, a Akwa Ibom State high court sentenced Akpan to death by hanging for the murder of the young lady whom he killed after luring her to a fake job interview last year.

The presiding judge, Bassey Nkanang, also sentenced him to life imprisonment for raping the female jobseeker.

After giving his judgement, Judge Nkanang, asked the suspect if he would like to say anything to the court before he’s taken away.

Responding, Akpan said, “My Lord, I am not guilty.”

However, the judge told him the court has gone beyond that stage as he had been convicted already, and told him to say something related to the case.

In response, Akpan said there are many killings in Nigeria that nobody is doing anything about.

His words, “My Lord, in our country, there’re many assassinations, but nobody is doing something about it.”

Meanwhile, a video making rounds shows the moment Akpan tried to escape after he was sentenced to death by hanging.

In a video captured by BBC News Pidgin, police men are seen surrounding the area where Uduak had tried to escape from following his sentence. He’s seen being caught and manhandled into a van as police officers secure the area. Watch here