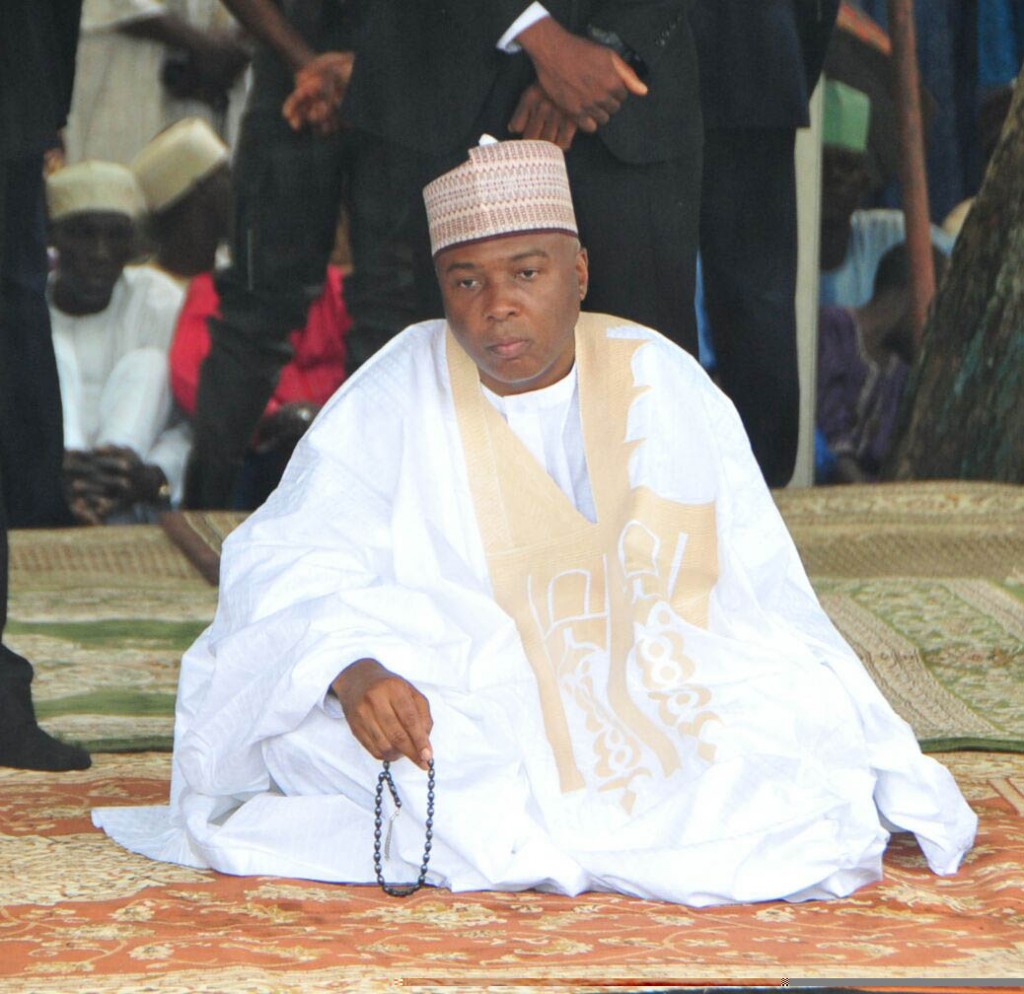 Followers and loyalties of Senate President, Dr. Bukola Saraki have reportedly engaged in vigil and fasting following reporst of warrant for his arrest. Punch reports.

One of the conveners of the prayers, Mr. Kayode Yusuf, who is popularly called ‘Maja,’ in an interview with Punch in Ilorin, the Kwara State capital on Saturday, said prayer sessions were being held all over the state, especially in the Ilorin metropolis.

He said he had mobilised over 500 Muslim clerics while about 1,000, including the Chief Iman of Ilorin, Mohammad Solihu were praying in different areas in the state for Saraki’s victory.

Yusuf, who is the convener of ‘Maja Elders Forum’, called on President Buhari to intervene and prevent the polity from being over-heated. He expressed the hope that Saraki’s travail would soon be over.

“We in Kwara are powerless. The only thing we can do is to support him (Saraki) with prayers. We have no money, soldiers, police or any other security apparatus. We are just ordinary citizens of Kwara and Nigeria. But we in Kwara, especially in Ilorin, believe in the power of prayers.

“All of us in Ilorin, including the Chief Imam of Ilorin, are involved in the prayers. Saraki is our leader. He must not come down. Within the short time that he was elevated as the Senate President, we know what we have benefited from him.

“I have mobilised more than 500 Imans and over 1,000 others are praying in different areas. They have been praying and fasting. Even the women are praying for him. Saraki is our benefactor. Even the uneducated do not want anything to happen to Bukola Saraki. They are not sleeping but are also praying. The prayers will last till Saraki’s ordeal is over.”