Men of the Enugu state police command have arrested a 42-year-old man for allegedly raping a 16-year-old girl.

Activist, Harrison Gwamnishu, who shared the story on facebook, said the suspect after his arrest, blamed his wife who he said had been starving him of sex. 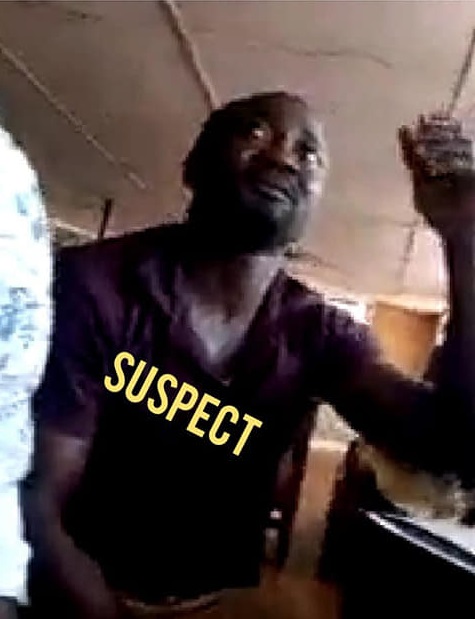 We received a distress call from a concerned Nigerian who reported a case of rape against a minor.

16 year old was sent on an errand by her Aunt at about 8:15pm. On her way back, she discovered she was been followed by an unknown man. This scared her and she started running. The man ran after her, got hold of her and dragged her to back of a Container/Shop, tore her underwear.

The victim’s continuous shout for help, attracted our witness No 1, who reached out and called other witnesses informing them someone was shouting for help. The perpetrator held her down, covered her mouth and threatened to kill her if she keeps shouting.

Witness No 1 and others rescued the victim but unfortunately the rapist escaped.

Witness No 1, got home and saw his neighbor with same cloth the rapist wore and looking dirty. The victim was brought in and she identified the man as the person who forcefully tore her underwear to rape her.

He didn’t deny d allegations but said his wife starved him of sex. The wife showed us her recent surgery and stitches are yet to be removed.

The victim sustained head injuries while struggling with the rapist as he kept hitting her head no the container wall. 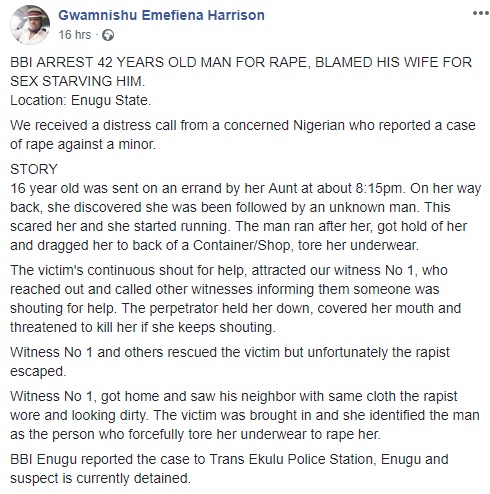