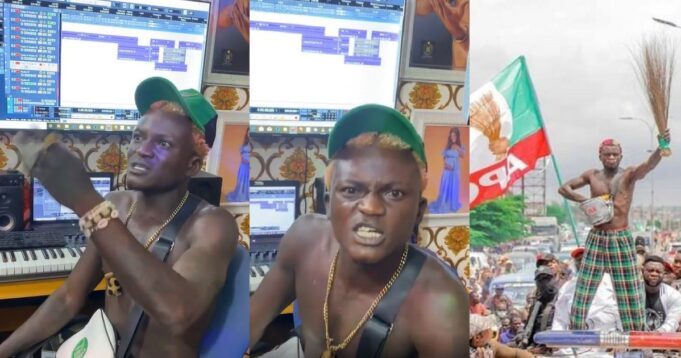 Singer, Portable, has cleared the air on his support for the All Progressives Congress (APC) during the just concluded Osun gubernatorial election.

It would be recalled that the singer had, in a series of social media posts, declared his support for Governor Oyetola of the APC and urged his fans and followers to vote for him.

Portable was also at the APC mega rally that was held in Osogbo and even came under fire from netizens for his conduct during the rally.

To set the record straight, Portable claimed in a video he posted online that he never intended to campaign for the APC. According to him, he was invited to perform at a show and subsequently found himself in the APC office.

Speaking further, he accused the party of taking advantage of him and failing to pay his balance.

He also dissociated himself from the two deadly cult groups he had earlier claimed to have founded.

“This has come to an end that I have to voice out… please everyone I wana let you know that I didn’t meant to campaign for APC it was a show they told that am going to before I saw myself in APC office and as a man no need to worry I gats to do the job since it involved money . And what I meant by 1million boys is meant 1million followers . People are threatening my life ooo you should all look into this”. He captioned the video.