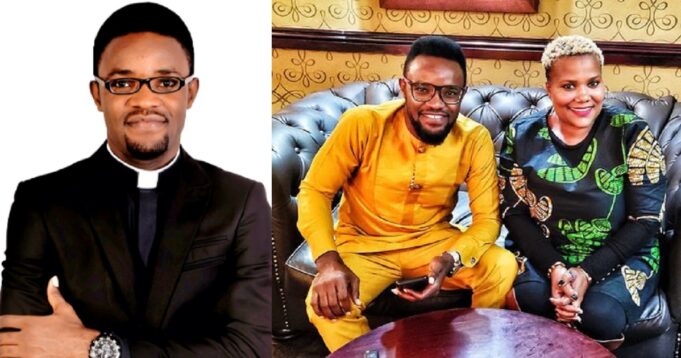 Malawi-based Nigerian Catholic Priest, Fr. Kelvin Ugwu has responded to a follower who criticized him for having lunch with a woman in a hotel.

The missionary priest who had earlier announced that he has been transferred to Gambia from Malawi, went to have a goodbye lunch with a woman at a restaurant located in a hotel.

He shared a picture from the outing on his Facebook page on Thursday, Julu 15, and disclosed that the woman, Peggy Chinwemwe, invited him out on the lunch.

However, a follower who had suspicion about the outing queried the priest for going to a hotel with a woman.

Dicta Ogodo commented: “Going to hotel with a woman for goodbye lunch. What should we learn from this one”

Reacting, Fr. Ugwu shared a screenshot of the comment and advised the follower to ask God to purify his mind.