Home Viral “He asked me to be his 2nd wife after dumping me to... 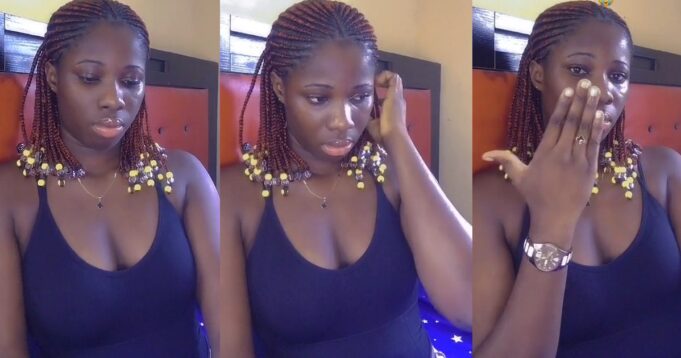 A rather interesting yet bizarre love story a lady shared on social media has stirred lots of reactions with many wondering whether or not her story is true.

The supposedly heartbroken lady took to her social media page to share a video where she revealed that her boyfriend dumped her to get married to her mother.

According to the lady, she at first had to wait three years for her boyfriend to return back to Nigeria from overseas so he could propose marriage to her and they start their long-lasting union.

But a twist came when the said boyfriend retuned to the country and found love in the lady’s mother instead. She shared that her mother agreed to his marriage proposal and they got married behind her back.

She shared how they both left Nigeria afterwards and 8 months later, her mum was already 3 months pregnant. The boyfriend then returned two years later and asked the lady whether she is interested in becoming his second wife.

Part of her message reads,

“I waited for my boyfriend for 3yrs to return to Nigeria and propose to me. He finally came back and took interest in my mum instead. My mum said yes to him and they got married without my consent… 2yrs later he returned back to Nigeria and asked if I could be his 2nd wife…”