Home Viral “The authorities need to visit this place” – Man raises alarm as... 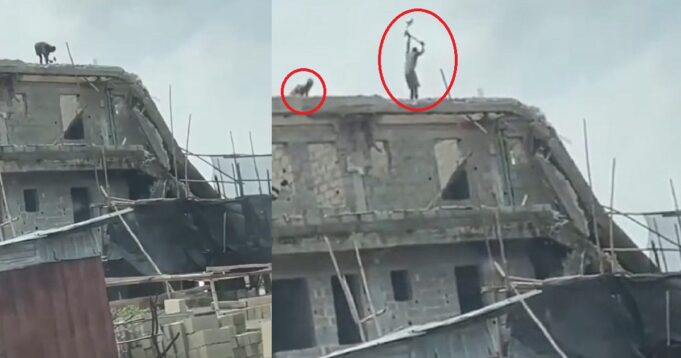 A man has raised alarm after he saw a partially collapsed building in Lekki, Lagos state, being worked on by builders.

The man speaking in a video shared on social media explained that a part of the building collapsed some days ago yet bricklayers are still working on the faulty structure.

According to him, the building needs to be demolished with immediately alacrity in order to prevent a total collapse that would lead to loss of lives in the future.

He then called on the appropriate authorities to visit the place to call the owner of the building to order.

“This building partially collapsed some days ago. Now, instead of alerting the authorities, they’re trying to fix it themselves.

“This building is supposed to be brought down and not this thing they’re doing. The authorities need to visit this place.

“This is along Lekki Gardens Phase 4 by General Paint busstop.”

In other news, a young Nigerian lady simply identified as Chidinma has been declared missing by her twin brother.

Chidinma’s twin brother, Ebuka, who raised the alarm about his sister’s whereabouts on Twitter, said she alerted their younger sister when she noticed a strange car following her.

The family’s final communication with the young woman, according to him, was a phone call to their younger sister, informing her of the strange car that was tailgating her.

“My twin sister Chidinma went missing at about 4pm yesterday between Atan and Lusada Road. She was coming back home from my uncle’s place yesterday when she noticed a car following her. She contacted my kid sis and told her about it. That was the last time anyone heard from her.