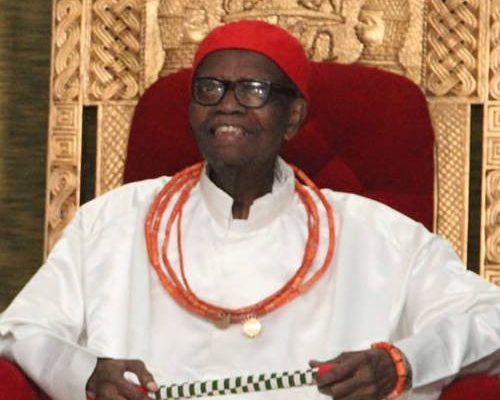 The announcement was made a short while ago made the Iyase (Prime Minister) of Benin Kingdom, Sam Igbe, in an official statement from the palace.

“King has reunited with his Ancestors,” the statement by the Iyase read, after it was confirmed that Omo n ‘Oba had finally given in to a long-running battle with an unknown illness.

Oba Erediauwa, born in 1923, ascended the throne of his fathers in 1979 to become the 38th Oba of Benin, traditional ruler of the Edo people in Benin City.

Prior to his coronation as supreme ruler of Benin kingdom, he was addressed as Prince Solomon Akenzua, and took on the title Omo n’Oba n’Edo Uku Akpolokpolo Erediauwa I after succeeding his father Oba Akenzua II, in a ceremony held in Benin city, on March 23, 1979.

He was said to have died in his palace.

More details as they unfold…