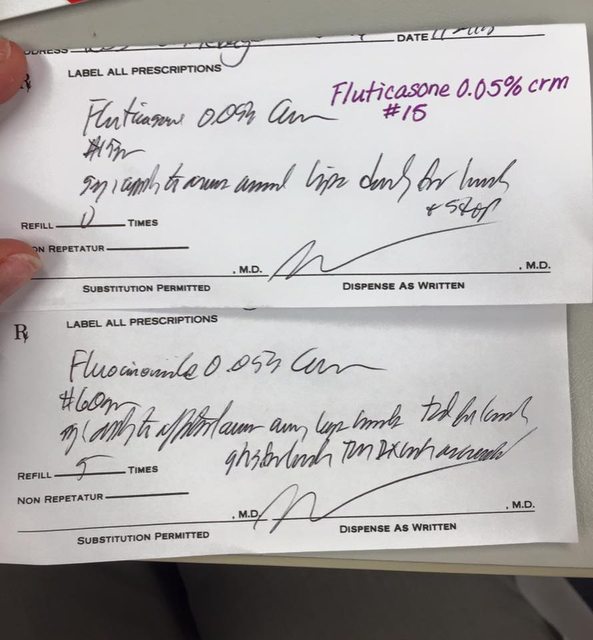 Lol, so the story I heard about doctors having horrible handwriting is that they do not actually have bad handwriting, but they make it seem so… So that patients won’t abuse drugs and all.

It’s said though, that, it’s only a pharmacist who can read a doctor’s handwriting. Lol.

So an international doctor’s handwriting has left his patient amused after an image of his writings was shared on networking site, Imgur.

In a post titled: ” Why your prescription isn’t ready in 15 minutes “.

While some find it hard to read a single thing, others say it isn’t written in English.