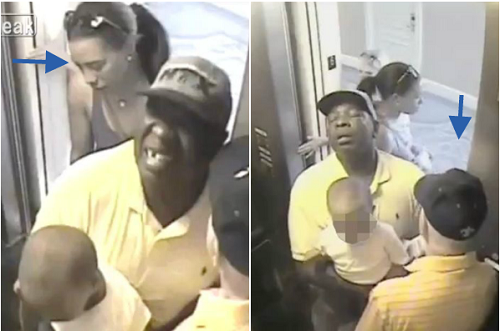 Police are hunting for a couple who were caught on camera apparently using a baby to distract an elderly man while they robbed him.

CCTV captured the man and woman with the infant and their alleged victim in a lift in a hotel in the French Quarter in New Orleans.

Police said the male suspect, who was holding the 10-month-old baby in front of him, pretended to fall ill and stumbled into the elderly man.

According to WWLTV, He took the victim’s wallet from his pocket, later returning it to the hotel’s front desk but with $400 in cash missing.

The theft, which took place on June 14, was caught on the hotel’s surveillance camera.

New Orleans Police Department has now released the footage in the hope that someone may be able to identify the suspects.

The couple are wanted on suspicion of simple robbery and cruelty to a juvenile.