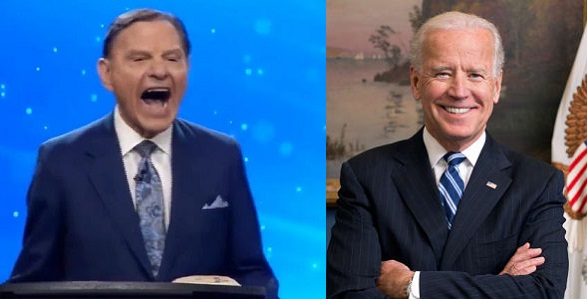 Televangelist, Kenneth Copeland gave a fake laugh for close to a minute as he mocked reports that Joe Biden won the election.

The 83-year-old Texas pastor was recorded during a service on Sunday, November 8, reacting to the result of the US elections.

“The media said what?” Copeland asked before bursting into a fake-laugh.

He then proceeded to laugh for over 40 seconds while his church members joined in.

Former Vice President Joe Biden was declared the winner in the presidential race on Saturday as he captured 290 Electoral College votes, well past the 270 needed to secure the top office in the land.

He also garnered the lion’s share of the popular vote.