Home Entertainment News I’m not dating again until God himself speaks to me — Actress,... 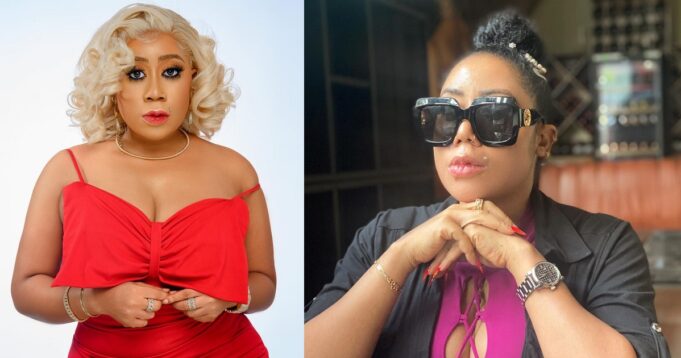 Nollywood actress, Moyo Lawal has revealed a condition that must be met before she considers dating a man again.

Taking to her Instagram page on Tuesday, July 13, the thespian said God himself must speak to her about the man before she would even give him audience.

The Lagos-born actress shared a quote that reads, “I’m not dating again until God himself come sit on my bed & say “my homeboy tryna talk to you”.

A while ago, Moyo Lawal questioned if it’s possible for a man to stay in a relationship with a woman when sex is not involved.

She added that a number of suitors have left her because she refused to have sex with them.

Possible ? Because the number of suitors who left because I refused eeeh is quite alarming • • • but anyways if you can’t beat them… you ?? God help us all.

Meanwhile, she also made a seemingly desperate plea to her future Husband to be sensible when cheating on her.

The curvy Actress, while speaking in an interview with The Sun, averred that she doesn’t see anything wrong with having a cheating partner.

“Yes, I can you forgive and take back a cheating partner. In fact, I don’t see my man cheating as a big deal. My own is don’t come and be pretending that you are “one holy than thou ” or neglect your duties. Just cheat on me with sense and use protection.”