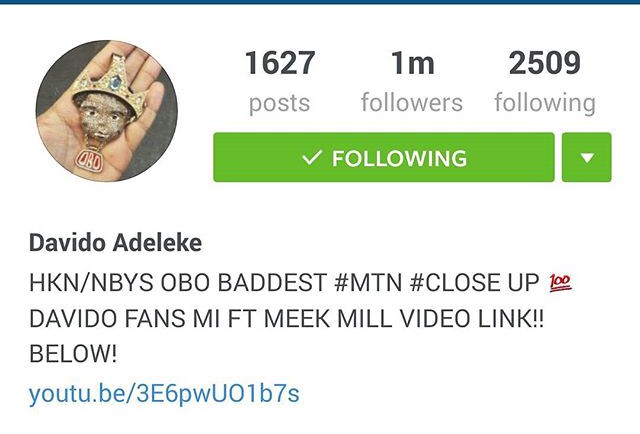 It’s official people, Davido is the first Nigerian celebrity to clock a million followers on Instagram. The super excited musician took to his page to show appreciation to his fans.

Big thank you to all my Followers and Fans around the world #OboBaddestFans you’re the realest you’re the best ❤ 1m?2M O.B.O

While he is the ruling king of followers on Instagram among Nigerian celebrities, Wizkid still remains on the throne of Twitter followers in Nigeria with a total of about 1.67M while Davido has 1.38M followers.

We can boastfully say that Wizkid will be the next to hit a million followers on Instagram as he currently has over 900k followers.