Home News Desperation to have a male child made me steal a 2-month-old baby...

A 39-year-old woman has been arrested in Ekiti State for stealing a 2-month-old baby.

The baby was stolen from his mother Funmilayo Sunday on Friday September 20, after being tricked into following Momoh to Ekiti State Secretariat under the guise of getting some relief materials being given by government to flood victims. 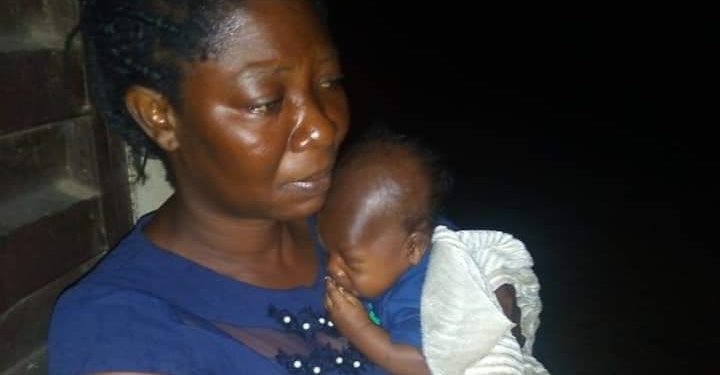 The command spokesperson, Caleb Ikechukwu who confirmed the arrest of the suspect said investigation is still ongoing.

“It is confirmed that the woman who stole Two-Month-Old baby has been arrested by the operatives of the Ekiti Police Command.

“The suspect is Mercy Momoh, a 39-yr-old lady from Edo State. She was apprehended through intelligence made available to the police and would be prosecuted after conclusion of investigation.

“Investigation is still on going. More details will come to reveal what really transpired.

“We call on members of the public to be careful when dealing with strangers. The suspect was apparently nice to the victim, that was why she got the baby easily. Citizens should not be carried away by kind strangers”, Ikechukwu said.