Home Viral “I despise motherhood. I will not recommend it to anyone” – Mum... 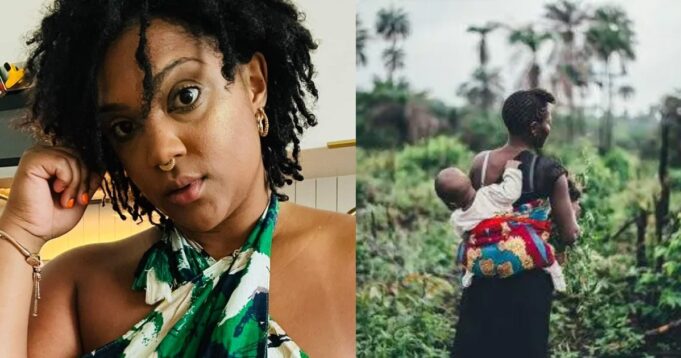 A mother of one has declared that she hates motherhood and would not recommend it to any woman as she shares her experience.

In a Facebook post, the young mum identified as Nicole Powell said if she knew then what she knows now, she would never have had a child, and surprisingly, many other mothers agreed with her.

According to her, before being a mother, women should try to understand and know themselves. She noted that if she had taken her time to truly understand herself, she would never have considered being a mother.

She vowed never to go that route again while reiterating that she loves her freedom.

She noted, however, that now that her toddler is here, she is doing everything possible to give her a wonderful life and raise her to be a well-rounded adult.

“If I would have known what I know now, motherhood would have NEVER been on the table for me. I despise motherhood. I hate my sleep has been interrupted for two years. I hate cooking in the evenings (I hate to cook). I hate finding snacks, and making bottles, and changing diarrhea diapers consistently for 15 hours straight (this was my Saturday).

Being a mother is not aligned with my souls purpose. And THAT is why, before we have children it is important to get to know self. If I would have taken the time to truly understand who I am, and the things that bring me joy, being a mother would have easily been taking off the table. It baffles me how women can sit up and have multiple kids by multiple men knowing damn well they hate that shit. Ain’t no baby cute enough, sweet enough, pure enough for me to do it again. I enjoy my freedom wayyyyyy to much.

Now, she’s here and I’m going to stick beside her. Because I’ve chosen to take on this task I have put my feelings of being a misaligned mother to the side to give her optimal life and the best wellbeing possible. My only goal at this point is to raise a high vibrational child into an adult so she can help assist to raise the collective conciousness of this world. I’ve also in-listed a bomb ass tribe that picks up where I leave off. I am grateful for her dad and the things that he is able to do as well.

I would not recommend motherhood I give it 1 star. And I definitely don’t recommend it to people that are in trauma bonds hoping that it will hold some shit together which I would guess happens to be 80% of our population. Close your legs, and go within before you decide to have a child or you will only continue to reproduce your traumas and low vibrational frequencies into this universe.” She wrote.