After several months of sourcing for funds for the survival of their child, the Sam family has lost 13month-old Michelle Sam to Symptomatic Heart Disease. 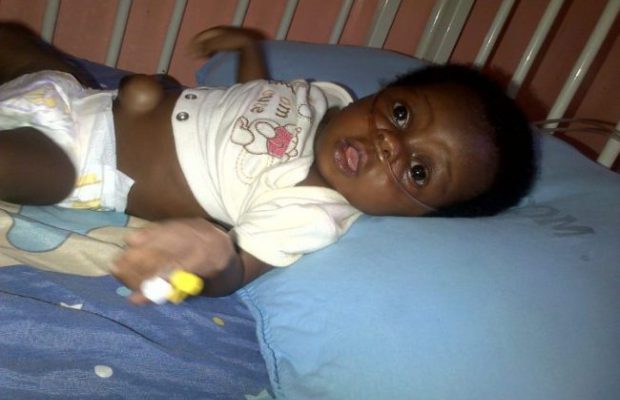 Michelle was suffering from several heart conditions that lay undetected until she fell sick and was diagnosed of Symptomatic Heart Disease last April.

Later on, the family cried out for help of N6m from the general public for a heart surgery in India. Luckily for them, they met the target and preparation started for the family to fly out the little girl out of the country to begin her treatment.

However, the family was told the chances of Michelle surviving the surgery is very slim.

This prompted the father to channel his search to several American hospitals.

But unfortunately, the surgery could cost them from 30 to 40million Naira as against the initial cost of 6million in India.

In preparation for the America surgery, the family have to travel to Ghana to rerun some test before setting off to America for her treatment.

The consultants however, cut short their plans when, they were told, the hospital waiting list is too long for her to have the procedure in time, so her parents put all their efforts into raising money for a private operation to save their daughter’s life at the National Hospital in Abuja. 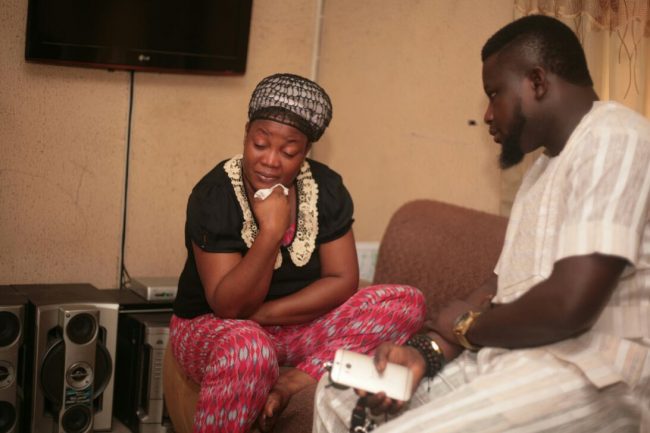 The mother said she knows other patients have been waiting a year for treatment, but Michelle can’t wait that long.

Mrs Sam said her baby was always in and out of hospital and was prone to a lot of infections.

She also disclosed that the pressure was already tough on the family, who desperately did not want to lose their daughter.

‘I have collapsed two times in hospital because of the stress, and have had to have counselling to help me deal with things. My husband had to be strong for the family and continue working as I’ve been off work for the last couple of months, looking after Michelle.

‘All I wanted was to help my baby, more than anything else in this world.’

Fast forward to November 15, the surgery was successfully carried out in Hospital for Humanity in Abuja by league of American doctors who were concerned about Michelle health and flew down to Nigeria for the surgery.

The joy of seeing their child recuperating was cut short on November 28, when 13 months old Michelle couldn’t bear the pain any longer and succumbed to death.

However, the left over proceeds from the donations from well meaning Nigerians has been used to set up a foundation in the name of Michelle Sam to help others going through the same predicament overcome it at early stage.

The family had also donated massively for another patient suffering from Heart surgery in Abuja few days after losing their own daughter.

Symptomatic Heart Disease is a birth defect of the heart in which there are holes between chambers of the heart, and the valves that control the flow of blood between these chambers may not be formed correctly.

This means that blood flows where it normally should not be able to, and extra blood flows to the lungs.