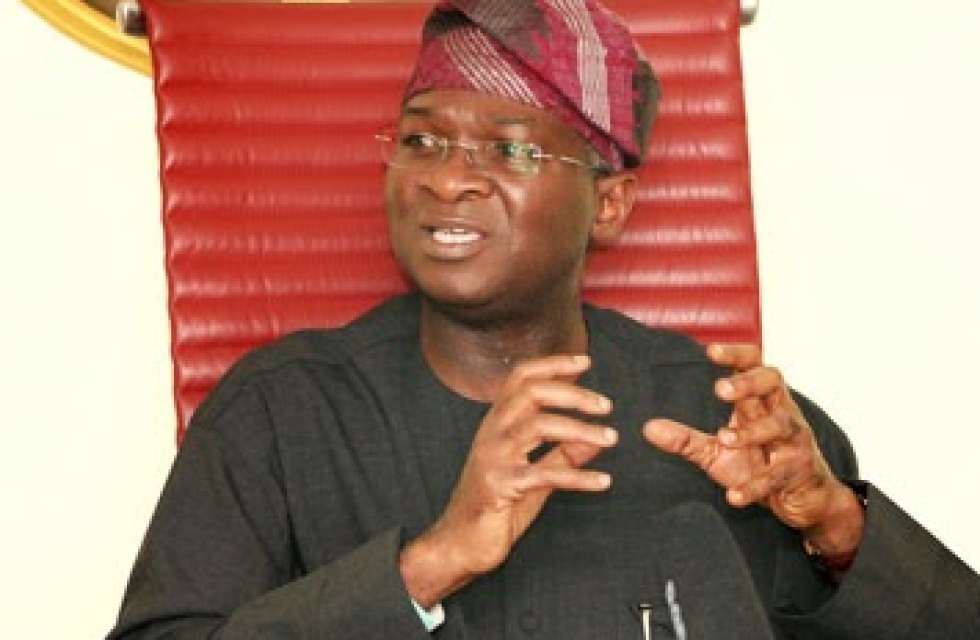 According to a report by Punch, the Lagos State Government is accusing Fashola of spending N139million on the drilling of two boreholes at the Lagos House, Ikeja. Report below.

The project was completed by Deux Projects Limited according to a report published by the state government. The report, which was part of the awarded contracts by the Lagos State Tenders Board in 2013, was seen on the website of the Lagos State Public Procurement Agency.

In the same year, N300m was spent on the relocation of cables belonging to the Power Holding Company of Nigeria at the Lagos State University Teaching Hospital. The contract was awarded to Deux Projects Limited.

According to the report, the former governor also spent N175m to replace the railings of a pedestrian bridge on Carter Bridge from Ido to Idumota with concrete railings. The contract was awarded to A Abicon Engineering Limited.
According to the report, N220m was spent on the facility management of the Lagos State University College of Medicine. The contract was awarded to Deux Projects Limited.

The former governor, according to the report, spent N619m on surface repair on Ajara-Erekiti-Iragon-Ikoga Road in Badagry Local Government.

According to the report, Fashola spent N1.2bn on the construction of an unidentified multi-storey building in Onikan, Lagos.

The former governor was also said to have spent N1.6bn on the construction of a 48-bedroom hotel at Lagos State VIP Chalets, Badagry.

About N510m was spent on the remodelling and equipping of the official residence of the state’s Chief Judge at 4 Thompson Avenue, Ikoyi, Lagos, according to the report.

About N165m was spent on the construction of an 18-classroom block at Ajara Senior Grammar School, Ajara Badagry. The same amount was also spent on an 18-block classroom at Community Senior/Junior Secondary School, Bayeku, Ikorodu.