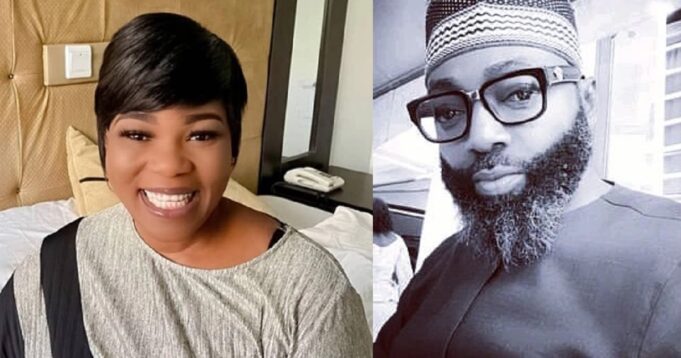 George Deegha, the partner of late Nollywood actress, Ada Ameh has taken to social media to mourn her demise.

The Nollywood star, popular for her role as Emu in the popular sitcom, The Johnson’s, died on Sunday night, July 17 after she slumped in Delta State.

The sudden demise of the vibrant thespian threw the entire Nollywood industry into mourning, and many fans and colleagues are still in disbelief over her passing.

Taking to his Instagram page, George penned a touching tribute to Ameh, whom he described as his “friend, partner, and soulmate”.

“How my world crumbled before me, I have lost you, you were my friend, partner, soul mate. I feel lost and alone, I do not know what to do. it is a never ending nightmare of pain for me, like a nail being drilled into my heart, aches and pull out . I know I will never get over your death , somehow I have to get through it. this grief is indescribable”, He wrote.

Ada Ameh unveiled George as the love of her life in June 2021 after she took to social media to appreciate him.

The actress shared a beautiful photo of them together and reiterated her love for him.

“I LOVE ❤you !!thank you for everything you do for me!!”, she captioned the photo.

A fan however took to the comment to commend Ada’s man saying he’s such a wonderful person and prayed that God bless them both as they both deserve each other. Following this, Ada Ameh replied the fan saying Amen to his prayers for them.