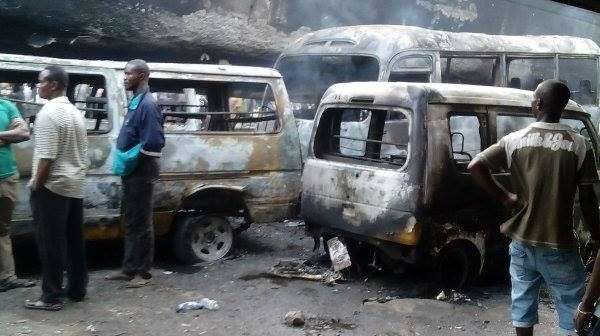 A fuel tanker which exploded in the early hours of Saturday, December 5, 2015 has left several cars burnt and the Ojuelegba bridge partly damaged.

According to a report by Sunnewsonline, the explosion had reportedly occurred from a fuel tanker transporting Premium Motor Spirit (PMS).

While details of the casualty has not been ascertained, it was gathered that several commercial vehicles popularly referred to as Danfo were set ablaze by the raging inferno caused by the explosion.

#CAUTION: As A Result Of PMS Content Spilled Into Some Drain pipes, residents of #OJUELEGBA Environs Are Advised To Avoid Lighting Fires Now

The havoc wrecked has seen authorities appealing to residents of the area to desist from lighting fire or any actions that can ignite fire. 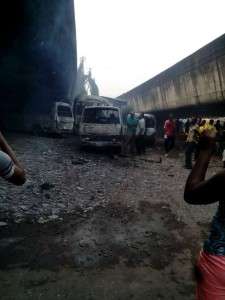 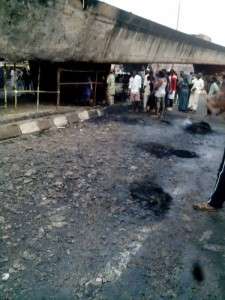 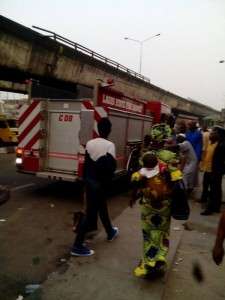