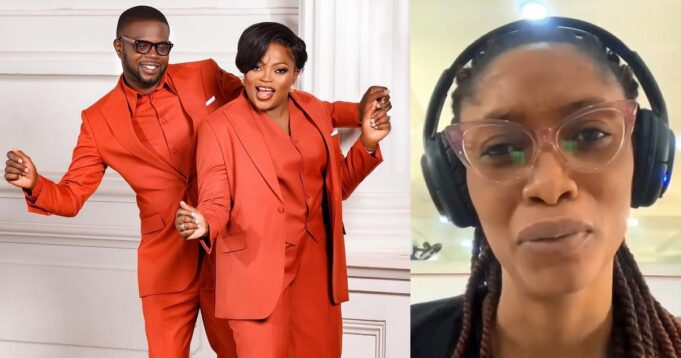 A Nigerian feminist, Blessing Edem, has claimed that Funke Akindele sent her estranged husband, JJC Skillz, packing because he wasn’t submissive to her.

This comes after the rapper and entertainer took to his Instagram page in the early hours of Thursday, June 30, to announce that he and the award-winning actress are separated.

According to him, they have been having marital issues for two years and he was forced to move out of their matrimonial home three months ago on the insistence of the actress.

Following the news, Blessing Edem, a feminist who is popular on Facebook, went online to allege that JJC was thrown out of the house because he wasn’t a submissive husband.

She also claimed he withdrew money from he and the actress’ joint account without her permission.

Speaking in a trending video, Blessing who sounded sarcastic said,

“He was sent packing because he didn’t want to submit to his wife. You are married to a woman and then you move into her house, simple submission you could not do and to wrap it all, you now stole money from the joint account that you guys have together , does it make sense? Simple submission…Because if he had submitted to his wife, he would have a house”