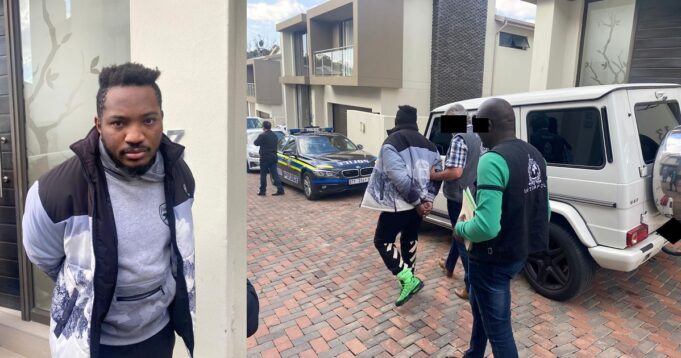 INTERPOL, in collaboration with the US Secret Service, South African Police and other agencies, has arrested an alleged Nigerian cybercrime kingpin, James Aliyu, in connection with $12m romance scam and business email compromise fraud.

Aliyu was arrested in a luxury Sandton estate in South Africa on Wednesday, June 29 and arraigned in the Randburg magistrate’s court.

According to TimesLive, the Nigerian national is well known in SA social circles and on Instagram thanks to his lavish holidays and excessive spending on luxury items for him and his girlfriend.

His social media posts where he flaunts his wealth have gained him 17,000 followers on his Instagram account Oldsoldier.

His spending came to an end when Interpol agents arrested him at his house situated in a luxury Sandton estate, bringing to an end five years of alleged scamming activity.

According to law enforcement sources, after an almost six-year-long investigation into the alleged scammer’s activities, he was arrested thanks to a multi-agency investigation that included Interpol, the US department of homeland security investigations and the US Secret Service.

Sources claimed Aliyu has allegedly been in contact with several major convicted and suspected fraudsters from around the world and that he is considered a major player.

Among the fleet of luxury vehicles he allegedly bought with the proceeds of alleged fraud were a Porche Cayenne, a Mercedes C220d and a Mercedes-Benz G Class luxury SUV. His social media profiles also depict him on luxury island resorts and luxury holidays in Dubai and the US.

Aliyu is alleged to be part of an international syndicate, some of whose members have already been convicted in the US.