Home Entertainment News God will send thunder with gonorrhea to anyone that doesn’t vote in... 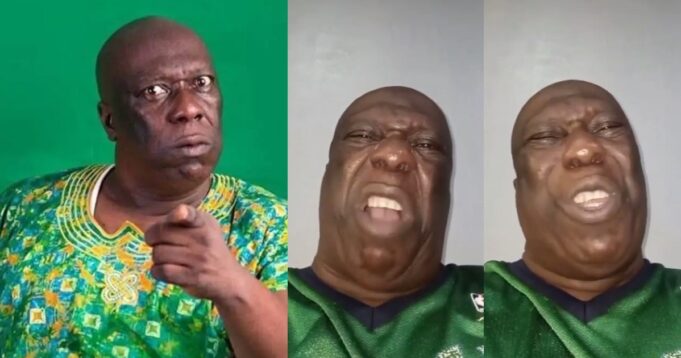 Veteran Nollywood actor, Charles Awurum has appealed to all Nigerians to come out en-masse to vote in the forthcoming 2023 general election.

The comic actor in a video shared on his social media page, charged all Nigerians to participate in the election so they can reclaim the country from the current people in power.

Speaking further, Charles rained hefty curses on those who will fail to vote in the election and prayed to God to send “thunder with Gonorrhea” to their abode.

Watch the hilarious video below,

In other news, Popular Nigerian singer, Davido and his uncle, Ademola Adeleke couldn’t hold back tears as the People Democratic Party (PDP) takes early lead in the Osun gubernatorial election.

A video making the rounds online captured the emotional moment singer Davido and his uncle broke down in tears celebrating their early victory.

“We did it this time,” an excited Adeleke said, to which Davido responded “yes.” Watch the video here