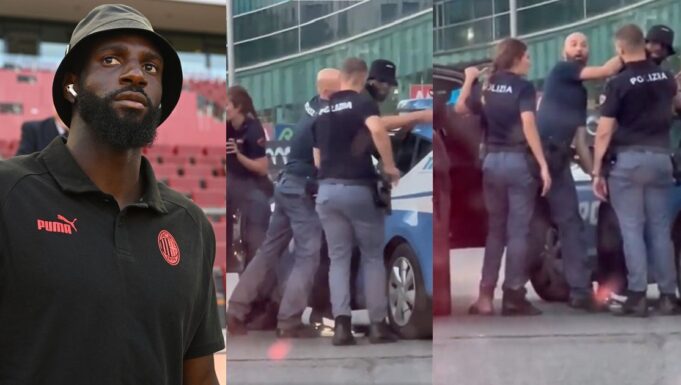 AC Milan midfielder, Tiemoue Bakayoko was involved in a case of mistaken identity when he was arrested for a few minutes in Italy.

In a viral circulating online, the former Chelsea player could be seen man-handled by the Italian police until they realized they have got the wrong person.

While one the officer was searching the Milan player, another could be seen walking towards the officer seemingly telling him that he was not the person they were looking for.

The officer who held Bakayoko is then left embarrassed as he could be seen patting the player on his back as a way of apologising for the misunderstanding.