Home Entertainment News “I’ve been going through so much in my life” – Singer, Omah... 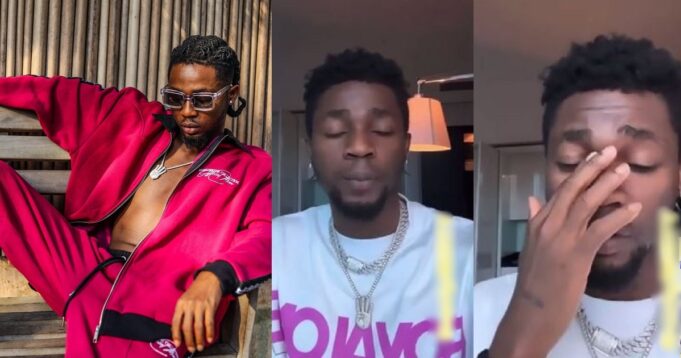 Nigerian singer, Stanley Omah Didia, popularly known as Omah Lay, has disclosed that he has been through some difficult times lately.

The Free My Mind crooner, in a quiet emotional video he shared online, expressed how difficult the past few months have been for him and thanked everyone who has helped him through it.

According to him, he decided to share the video and open up about his ordeal to acknowledge their support.

In the video, the singer tried hard to fight back tears as he declared love and expressed gratitude to those who have been there for him in this trying time.

“I’ve been going through so much in my life for the past couple of months but there are just these people who have just stayed with me, who didn’t let go. I have lost a lost of friends, a lot of family, people I thought were my blood…I just want to tell you I love you so much and will not stop loving you till God takes me”, he said in part.

In other news, popular Nollywood actress, Ejine Okoroafor, has been hospitalised after narrowly escaping death at the hands of a commercial tricycle rider in Enugu state on Monday, July 11.

In a 14-minute long video recounting her experience with the tricycle rider, Ejine Okoroafor said she was almost abducted when returning from a location. Read here.