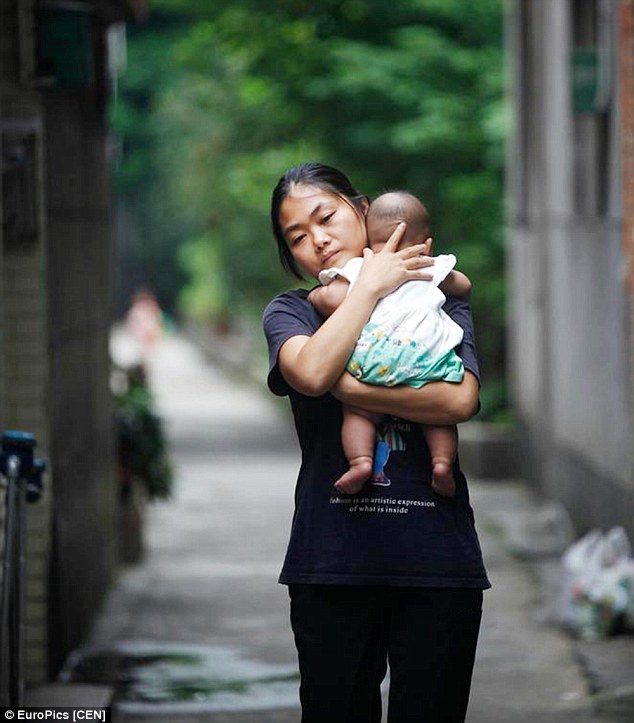 What’s with men running away after their wives give birth? That’s cowardice to me though!

A young mother, who is being identified only by her nickname, Achun, was left shocked when she came home to find the locks to her house, in South China’s Guangdong province, had been changed.

The confused woman also stood and watched as her husband’s relatives moved furniture out of the apartment.

Achun, who gave birth to a baby girl on May 4, had moved back in with her mother in Hunan before the due date, as advised by her mother-in-law and husband. However, despite these hints, being locked out of her house still came as a shock when she attempted to move back on July 28.

This is because her husband, who had returned to Guangdong earlier, had been sending her messages and called frequently.She said

Everything has changed without a reason. He has not replied to my calls or messages,’
‘I thought we don’t want to have our own children any more since we both have kids from our previous relationships. But my husband and mother-in-law kept urging me to have one,’When I got pregnant, my mother-in-law said my husband was meant to have a son in his life,’ said Achun, whose mother-in-law went to the temple to pray for a grandson.

Achun and her husband got married in Guangdong province in September 2014…Contrary to what the family had wished for, Achun had given birth to a girl. She went back to the house she shared with her husband earlier this week, only to find that her husband’s relatives were moving things out of the house. 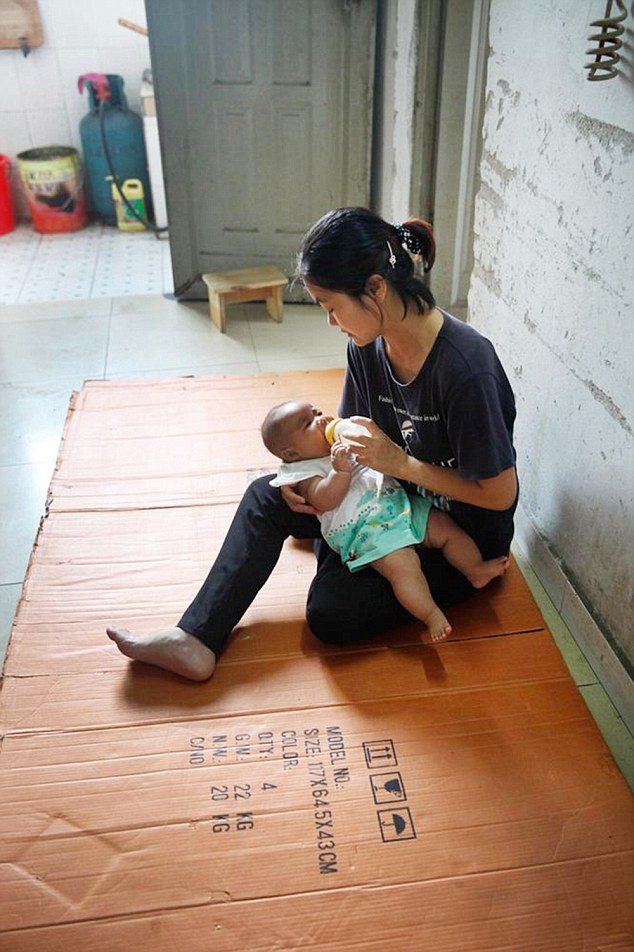 ‘They won’t tell me where my husband was. I though he would still want the baby even if he wants me out of his life, so I left the baby on the bed and observed in the nearby grocery store, hoping that my husband will turn up.’

After realizing that she was locked out from her own home, Achun rented a tiny apartment for her and her new born child with the help of her old neighbours.

However, the apartment was so tiny that the abandoned mother and her new born daughter could only sleep on the floor with a paper board as a mattress.Achun is worried that they will not be able to find another place to live as the tenancy of the apartment ends on the August 2.