Home News “My husband wanted to work for God, he was not a wicked...

Governor Samue Ortom of Benue State few days ago revealed that the most wanted criminal in the state he governs, Terwase Akwaza “Gana” was intercepted by soldiers while on his way to surrender. 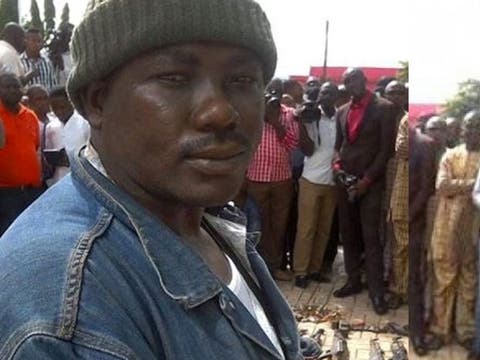 However, One of the five widows of the Benue militia leader Gana, Wantor Akwaza, has revealed that her husband was not a wicked and that he wanted to work for God before he was killed.

On Thursday September 10th, Wantor in an interview said that her husband was on his way to surrender to Benue State Government before being shot dead by soldiers.

She also revealed that her husband came out of hiding because Senator Gabriel Suswam told him he was involved in the peace deal.

“I was in Makurdi when they called to inform me of the incident. Senator Gabriel Suswam went to meet him on Saturday because when they went for him on the second amnesty issue, he said if he did not see Suswam, he was not going to come out.

“That until Suswam comes around, he will not believe that the amnesty is true. After the initial amnesty he went back into the bush. When the second amnesty programme started, he was briefing me about the development.

“I spoke with him on Saturday and he told me that he was going for the amnesty and that he is tired of the life he was living.

Wantor said she wants the Government to bring those who killed her husband to justice and compensation of N5 billion should be given to the family.