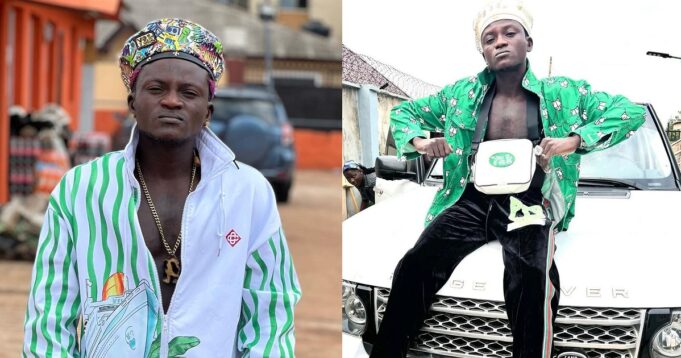 Popular Nigerian singer, Portable has made the news for the upmteenth time this week after he made a video where he bragged about being the founding father of two deadly cult groups terrorizing Lagos.

Sharing a video of himself, Portable spoke about being the originator of two deadly cult groups in Lagos, One million boys, and Ajah boys.

Ranting in Yoruba, the singer could be heard saying; “Open your ears, Ajah boys and one million boys, I am the one that started it. Go and ask Sammy larry,”

The Zazu Zeh star stirred reactions on Sunday morning after he took to his Instagram page to congratulate Davido’s uncle, Ademola Adeleke, after he was declared winner of the Osun State gubernatorial election.

Recall that Portable had previously expressed support for APC candidate Oyetola while showing off the wads of cash he was given on his visit to Oyetola’s office.

He also threw jabs at Davido for unfollowing him on Instagram for supporting Oyetola.

Surprisingly, shortly after Adeleke was declared the winner, Portable took to his page to congratulate him with a victory song he composed for him. Read here.