Home News “I married my boyfriend who infected me with HIV because I love... 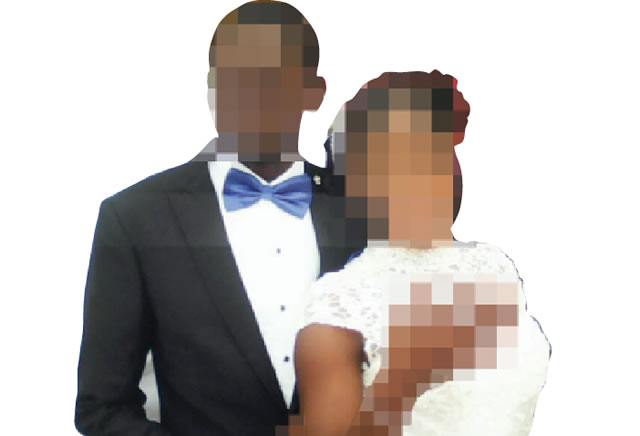 TOLUWANI ENIOLA and UMAR MUHAMMED write about the love story of a postgraduate student, Talatu John, who got married to the man who infected her with HIV

Her misery started after a scary dream on June 24, 2016. It was five months to her wedding. Thirty-year-old Talatu John (not real name), a postgraduate student of a university in the North, woke up feeling disturbed.

It was not the first time she had nightmares, but this particular day was different.

“I had a dream that when I went to collect the result of the HIV/AIDS test I did, the result showed that I was positive. I began to cry in the dream and many people tried to console me,” she said.

Sadly, the dream turned out to be real. Indeed, she had gone for a HIV test but was yet to get the result. When she went to collect the result of the test on the day of the dream, it showed she was HIV positive.

Amid sobs, Talatu told one of our correspondents, “What pains me most is that my boyfriend had the virus but never told me. We were having unsafe sex regularly.

“I don’t know why he never told me despite the fact that he truly loves me. I saw it in my dream, but it has become a regrettable reality.”

Talatu and Emmanuel met in 2014 when the former was searching for a job at a government agency in the state capital. Before long, they fell head over heels in love.

She narrated to SUNDAY PUNCH that their love transcended the ordinary, adding that nothing indicated that something was wrong with her partner.

Talatu launched into a long narration of how she found out the truth.

She said, “I love him. I still do. The love was so strong that I gave him all my heart. We had unprotected sex at different times. I was so much in love that I never cared whether we used a condom or not. I was not even scared of being pregnant. He too never bothered to use a condom.

“Then, I didn’t know he was HIV positive and he never told me. Later, my sister, a nurse, told me she learnt that he (Emmanuel) is HIV positive and that I should search his room. She gave me the name of the drug he was using. But I never found any. In order to be sure I was not already infected, I went for HIV/AIDS test and it showed that I was negative. That calmed my nerves.

“But early this year, I found out I was getting regularly sick. I used to feel hot and tired easily. After repeated medications for malaria, I didn’t get better. Then I started depreciating in size. I was advised to go for HIV test.

“The lady at the laboratory handed the result to me and told me to see the doctor. She raised my curiosity when she told me she couldn’t tell me the result. The doctor then dropped the bombshell. I was devastated. So, in anger, I went to confront my boyfriend with the news but he denied.

“I started crying and he consoled me; we had already made arrangements for our wedding. It was a day before we went for counselling at the church that he told me the truth. Sometimes, we quarrel over this and I used to call him the ‘devil.’ But he kept on consoling me.”

Last week Saturday at a popular church in Lafia, the Nasarawa State capital, Talatu took a bold step and demonstrated that true love keeps no record of wrongs when she got married to Emmanuel at a lavish ceremony attended by our correspondents.

According to the couple, the church consented to the wedding because both of them are HIV positive. The church was filled to capacity as well-wishers, family and friends of the couple attended the occasion.

Dressed in a black suit and white flowery gown, the couple wore infectious smiles while the event lasted. In his goodwill message for the groom and the bride, the officiating minister (names withheld), urged them to always be patient with each other and avoid third party interference in their marriage.

He admonished them to be contented with whatever God provided for them and learn to tolerate each other, saying such an attitude would go a long way in ensuring lasting peace in their home.

He said, “Marriage is an institution. Please, you should be courageous and handle your matter within your home, no matter the circumstance that surrounds your marriage. Do not allow any third party to settle your disagreements. This will ruin your marriage. You shall bear many children in your marriage. In fact, your first children will be twins in Jesus’ name.”

Basking in the euphoria of the wedlock, the couple, who spoke in separate interviews with SUNDAY PUNCH shortly after the wedding, said they were happy.

Emmanuel said he was delighted and grateful to God for making his dream a reality.

He said, “In fact, I am overwhelmed. Today is my day and I never expected this crowd on my wedding day. I really appreciate everyone who took time out of their schedule to honour us. It is a wonderful union indeed. This joy is unquantifiable and there is no day in my life that is as important as this day.”

SUNDAY PUNCH, however, noticed that although there was joy written on John’s face, she did not hide her regret. She had told our correspondents that her husband was unwilling to talk about his HIV status or circumstances of their marriage.

She said, “I really appreciate God for making it possible to witness this day alongside my lovely husband. The marriage is an act of God. I thank God He has finally joined us together as husband and wife.

“I pray that the love that binds us together would continue forever and ever in Jesus’ name. I pray that the marriage will be a success. I have forgiven him but he cheated me by hiding the truth that he is HIV positive from me. If he had told me his HIV status, it’s either I accepted or rejected his marriage proposal. Although I have forgiven him and accepted my fate, sometimes I wish I never met him.”

Talatu, who looked distantly into the future as she spoke, added that she learnt from the experience and had taken a bold step to move on with her life whether HIV positive or negative.

“My regret is that I will always be on drugs for the rest of my life. He even warned me not to tell my family about my status. I wished that I remained a virgin. I also regret not using condoms while the courtship lasted.

“Sometimes, if you are in love, you will be fooled. I advise young ladies to be careful. It is better to listen to wise counsel than bear the consequences of wrong decisions. I have learnt my lessons,” she said.

Speaking on the marriage, a University of Lagos psychologist, Prof. Oni Fagbohungbe, said hiding ones’ HIV status from one’s lover was unacceptable and detrimental to such a relationship.

Fagbohungbe said many people who indulge in such deceit do so out of fear that if they reveal the truth, their partners might not agree to marry them.

He, however, noted that Emmanuel behaved wrongly by not disclosing his status to his wife, adding that people like Emmanuel always use the Bible, which preaches forgiveness, to appeal to their lovers.

Aside from the fact that such an act is morally unacceptable, the don said Emmanuel’s behaviour was criminal.

On what people in such relationships should do, Fagbohungbe said, “From the beginning of the human race, deception to achieve one’s aim has always been a recurring feature. This is very bad. The consequence of deceit is detrimental. 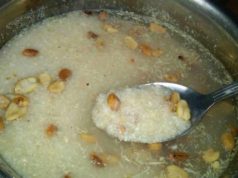 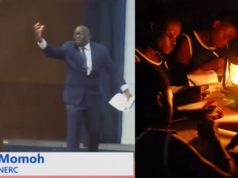 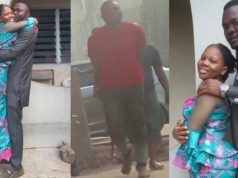 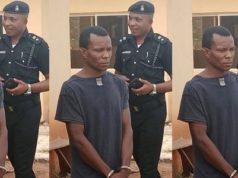 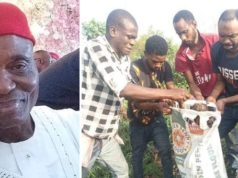