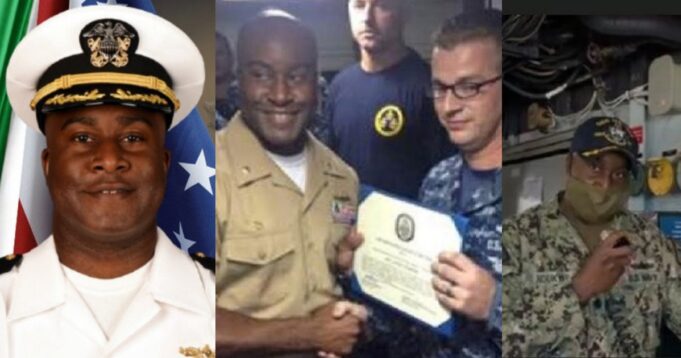 Commander Kelechi Ndukwe has made history as the first Nigerian-American to assume the position of the Commander of a U.S. Navy ship.

Ndukwe, whose parents migrated to the US as students in 1977, is from Okoko-Item in Bende LGA, Abia State.

He was appointed and given authority to take command of the US Navy-guided missile destroyer USS HALSEY (DDG-97) on April 2, by the military top brass of the United States, with the knowledge of President Joe Biden.

The United States Embassy in Nigeria has taken to Twitter to congratulate Ndukwe on his uncommon feat, as the first Nigerian-American to command a US Navy Guided Missile Destroyer.

Ndukwe studied Chemical Engineering in the University of Notre Dame and holds a Master’s degree in National Security and Strategy Studies from the US Naval War College.