A neighbor to one Aliyu Suleiman, resident of More in Yulde Pate, Yola South Local Government Area of Adamawa State identified as Buba Mohammed popularly known as Mallam has narrated how he connived with a syndicate of kidnappers from Taraba and Adamawa to kidnap Aishatu and her 8 months child. 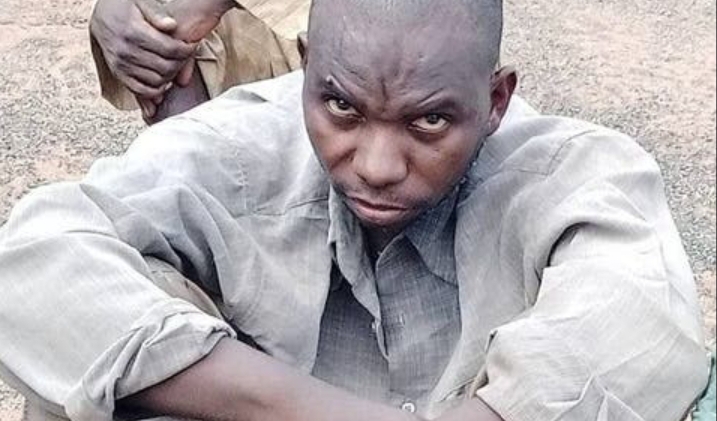 This confession was made by Buba while he was being paraded by Adamawa Commissioner of Police, CP Olubenga Adeyanju at the command headquarters.

Buba disclosed that a herdsman named Wakili approached him to have a deal of kidnapping his neighbour’s wife saying that his brother who is a top government official in the state will cough out millions of naira as ransom.

Buba also revealed that he was the one organising and telling them the situation of things during negotiations while giving details of how he connived with the group of unknown four people.

He said the kidnappers on coming to the residence of his neighbour, Aliyu ran away and advised them to kidnap the wife and her eight months son telling them that they will get enough money from the pending deal.

Mohammed while responding to our correspondent, he revealed that he was the one monitoring the happenings around and calling them on phone with the appropriate situation reports.

He confessed to newsmen that the family of Aliyu has been good to him but the devil deceived him to perpetrate the act.

“I’m pleading for Mercy, it’s the work of the devil, I don’t really know what has come over me,” he confessed.

Narrating his ordeals, Aliyu said it’s really bad to see Buba aka Mallam who is perceived as a good neighbour do such thing to his family.

He said “the ugly experience of the fateful day of 11th July 2020 can’t be erased in his mind, the kidnappers actually stormed my house to search for me.

Suleiman said what baffled him the most is during the ongoing negotiations to secure his wife and son, the kidnappers tell them exactly what they have agreed to do as a family even before they reached out to them.

“From today, I now understand doing good to people is a serious crime,” he added.

CP Olubenga told journalists that it took them months to arrest them as they don’t stay in one place and the arms dealer who is providing them with arms and ammunition is being trailed.