A suspected rapists who had repeated sex with a minor for months, with threats of killing her if she ever spoke out, was apprehended in Rivers state yesterday August 7th.

ANOTHER RAPIST CAUGHT IN RIVERS STATE
He repeatedly raped a 12yr old girl, threatens to kill her if she tells anyone.

Secure your children from abuse.

See photos of the suspect below ; 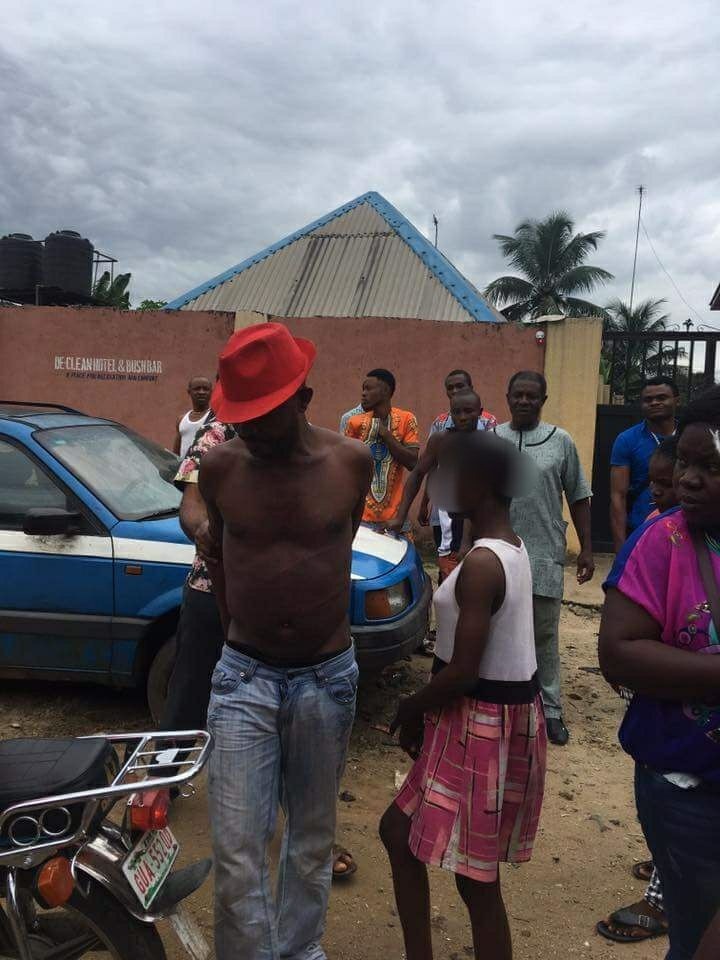 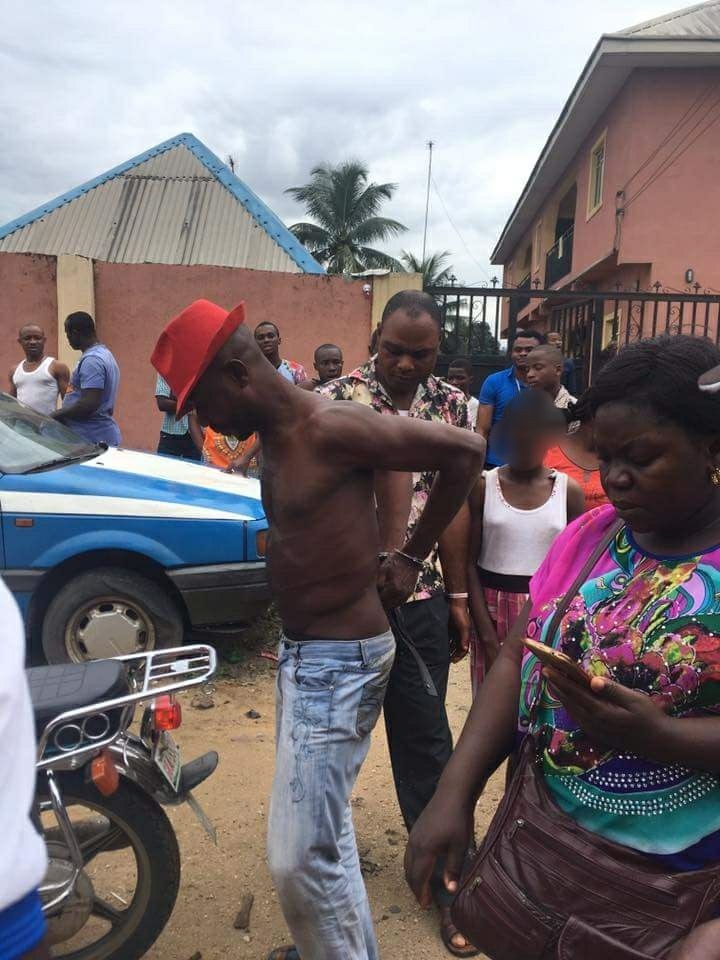 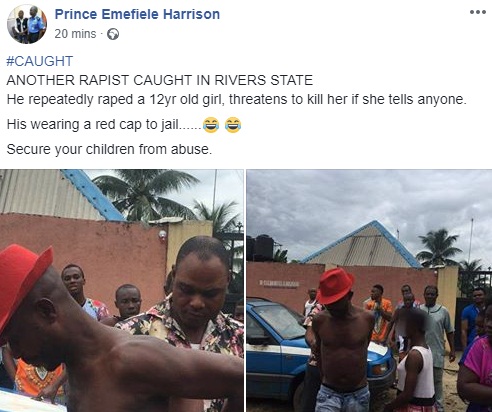 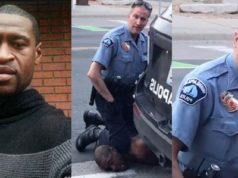