A man reportedly lost his three kids in the collapsed Lagos school building, as claimed by a Twitter who seem to be present at the scene of the incident. 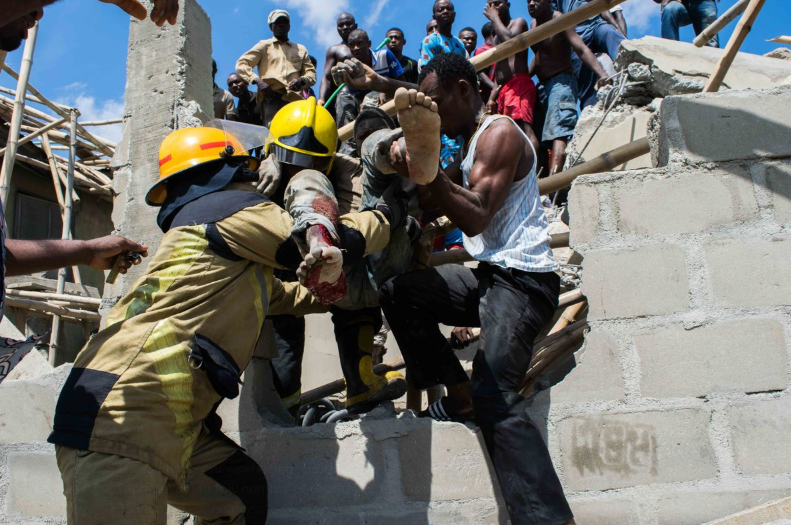 The real estate consultant who shared tweet of the man who lost his three kids in the collapsed Lagos school building, further disclosed that the suicidal man paid the school fees of his kids a week before the incident today.

So this man at the site of this building collapse in Lagos island is threatening to kill himself as he lost 3 of his kids who sat at home all through last week because of school fees only for him to take them to school today, pay their fees and they all die I’m deeply hurt 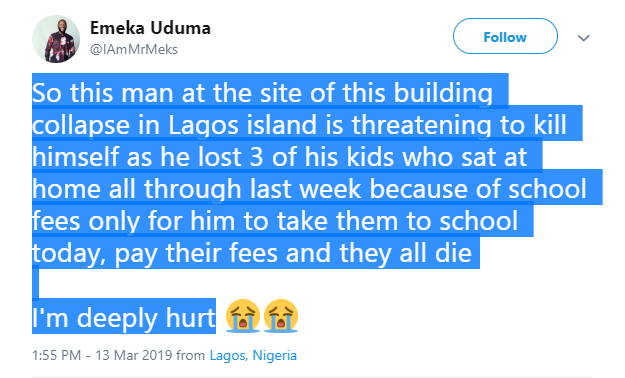 “One woman has lost 5 children to it.

“We have to start investigating and jailing those responsible for avoidable deaths like this.”