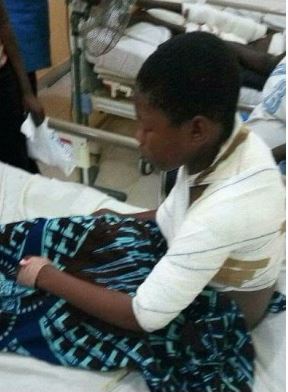 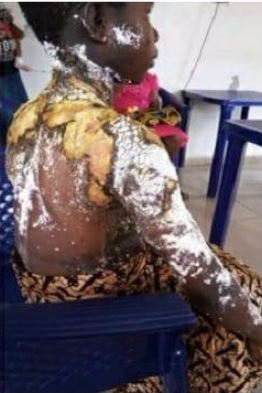 She went straight to her kitchen and took water that was on fire and poured it on the eleven year old who is a primary six pupil, NationalHelm reported.

The incident took place on 20th May, 2017 at a compound in Mbieri community in the Mbaitoli Local Government Area of Imo state where the victim and the culprit were living as co tenants. 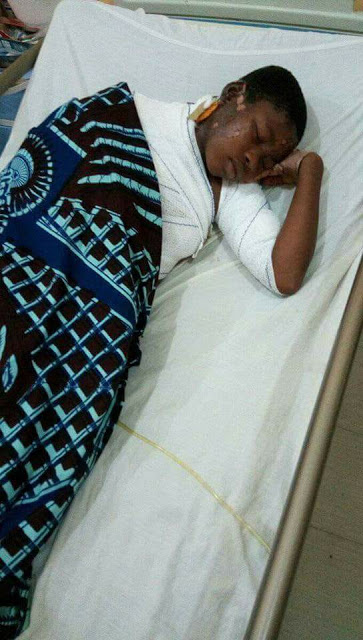 The hot water severely affected Chika’s breasts, Labs, buttocks, hands, face, back and legs. She quickly lost consciousness and was rushed to the federal medical Center, Owerri, where she is currently receiving medical attention at the children’s ward. 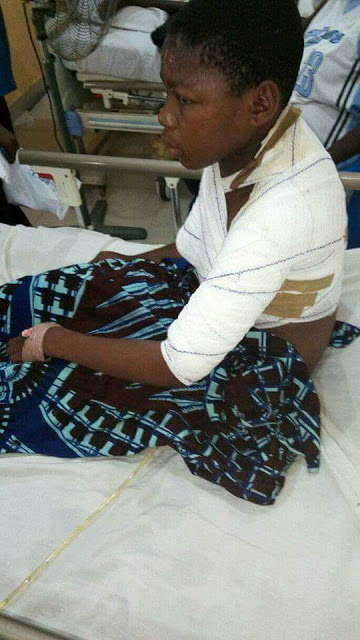 Meanwhile, The police in Imo State on Sunday said that they have arrested one Mrs Promise Obinna, who bathed the eleven year old girl , Chika Nkwazema, with hot water. The woman, was on the run with her family, before her arrest.